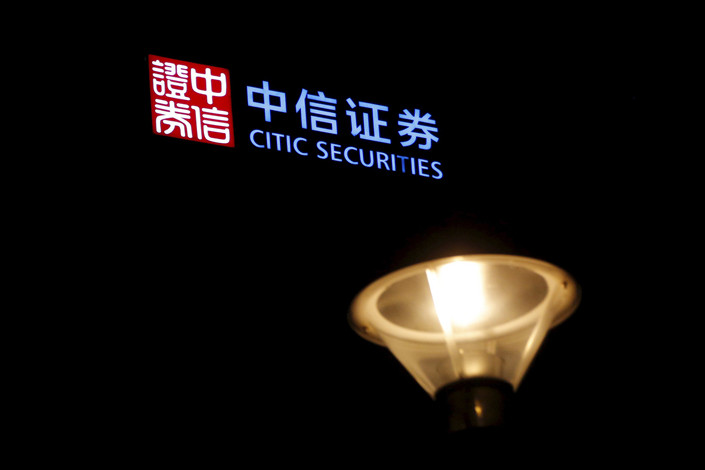 Citic Securities Co. Ltd., one of China’s largest brokerages, said it is in talks to buy a small peer in the southern city of Guangzhou, marking a sign of consolidation as a weak stock market hobbles the industry.

Citic, part of one of China’s biggest financial conglomerates, has agreed to buy 100% of Guangzhou Securities Co. Ltd. from Shenzhen-listed Guangzhou Yuexiu Financial Holdings Group Co. Ltd., according to a stock exchange announcement by Citic late Monday. Citic Securities added that it is preparing to issue new A-shares from its Shanghai-listed unit to pay for the transaction.

The companies said they are still negotiating specifics, including the price and number of shares that Citic will pay, according to the statement. The deal could be valued at about 19.1 billion yuan ($2.77 billion), based on the price Yuexiu paid to take full control of Guangzhou Securities in September.

The deal comes as a weak stock market that has been one of the world’s worst performers this year puts China’s brokerages under pressure. The Shanghai Composite Index is down about 30% from a peak in January, and the market has been in bear territory since late June. Such markets are particularly hard for Chinese brokerages, since trading volumes tend to slow and hit a group that depends heavily on transactions fees for a significant part of their income.

“In the present climate, it’s getting harder and harder to be a small broker,” a person close to the proposed transaction told Caixin. “It’s better to take advantage and quickly sell these brokerages while you can.”

Guangzhou Securities’ base in South China’s affluent Guangdong province, adjacent to Hong Kong, would complement Citic Securities’ own traditional base in North China, according to a person at a South China brokerage. Citic Securities may also be looking to take advantage of depressed prices for brokerages right now due to the industry’s bad situation, another person at a major consultancy told Caixin.

Shares of both Citic Securities and Guangzhou Yuexiu were suspended on Tuesday pending announcement of a deal. The companies said they hoped to resume trade within five trading days of the suspension.