Developer Defaults After Handing Out $405 Million to Shareholders

By Fran Wang and Zhang Lijun 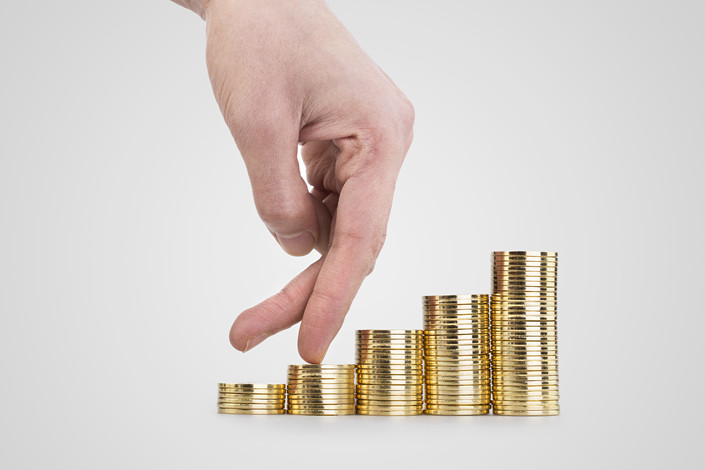 *Property developer Yinyi could not raise 300 million yuan to pay investors who sought to sell back their bonds, citing cash-flow issues

*Company handed out dividends of nearly 2.2 billion yuan to four major shareholders in April, saying payout was possible due to “good profitability and stable cash flow”

(Beijing) — A property developer linked to one of China’s richest men has defaulted on a bond just several months after handing out dividends that were nearly 10 times the value of the debt.

Yinyi Co. Ltd., based in the eastern city of Ningbo, was unable to raise enough money to pay back the principal on the 300 million yuan ($43.5 million) security after its investors decided to exercise their right to sell their bonds back to the company, Yinyi said in a statement (link in Chinese) on Monday.

The privately owned company blamed the default on “difficulties in short-term cash flow.” That was in stark contrast to its statement in April, when Yinyi distributed over 2.8 billion yuan in dividends to shareholders. The statement said the payout “will not cause a shortage of liquidity” because of the company’s “good profitability and stable cash flow.”

Most of the dividends went to the top four shareholders, consisting of three companies and an individual, Xiong Jikai, who together hold 78% of Yinyi.

There are connections between these shareholders. Xiong is the executive director of two of the three companies, and his father, Xiong Xuqiang, is the chairman of the third. The elder Xiong, 62, is the 95th richest man in China with an estimated fortune of 29.5 billion yuan, according to the 2018 Hurun China Rich List, which came out in October.

The five-year bond, issued in December 2015, gave investors the option to sell the bonds back to the company at the end of the third year after the company decided whether to offer investors a higher interest rate.

Even though Yinyi announced in November it was raising the bond’s coupon rate by 150 basis points, almost all the investors chose to sell the debt back to the company. The value of the principle requested for the repurchase topped 299.7 million yuan.

In Monday’s statement, Yinyi vowed to pay all of the interest due on the bond — almost 22 million yuan — through a settlement company or directly into investors’ accounts. It also promised to pick up the pace on retrieving any money that its customers still owe it, and sell assets and stakes of some of its subsidiaries to raise funds to repay the bond.

The company will also suspend dividend payments to shareholders, halt major investments and spending on acquisitions, and reduce or suspend salaries and bonus payments to directors and senior managers, the statement said.

The default may increase the chances that more investors in Yinyi’s bonds will exercise their sellback options as they come due next year. In the second quarter of 2019, investors will be able to exercise such options on three bonds worth at least 1.5 billion yuan, according a statement on Tuesday (link in Chinese) by China Merchants Securities, which manages the debt.

Hours after the default was announced, China Chengxin International Credit Rating Co. Ltd. (CCXI) downgraded (link in Chinese) Yinyi’s issuer creditworthiness by 10 notches to C, meaning a company is “unable to repay debt.” The company’s previous rating of BBB implied it did not have a high chance of missing a debt payment.

That was the second downgrade of Yinyi in one month. On Dec. 7, CCXI cut the company’s ratings by six notches from AA, which suggests a company has a “very low” risk of default, a few days after the company announced it was being sued because one of its subsidiaries failed to repay a 180 million yuan loan.

Debt defaults have been on the rise in China this year, with privately owned companies hit the hardest as the domestic stock market has plunged, an official debt-control campaign has tightened liquidity conditions and a prolonged trade war with the U.S. has undermined business confidence.

Private Chinese companies had defaulted on 67.4 billion yuan in bonds this year by mid-December, more than four times the figure in 2017, according to financial data provider Hithink RoyalFlush Info. Network Co. The government has taken a series of measures in recent months to help small and private enterprises meet their financing needs, such as the introduction of an insurance tool that compensates bond buyers if the issuer defaults.