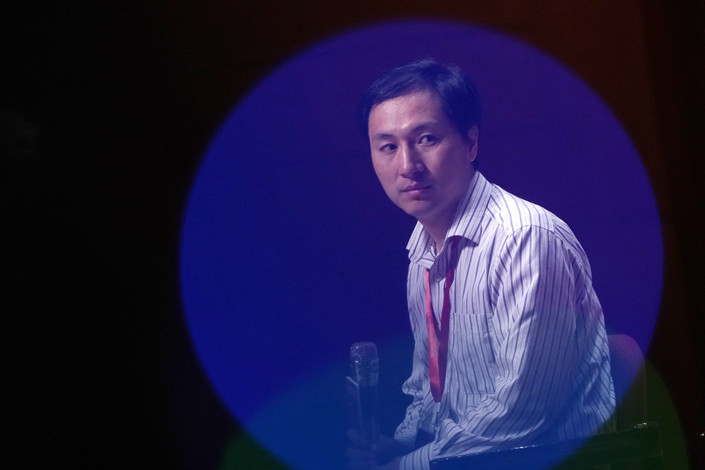 (Bloomberg) — China’s Ministry of Education has asked universities to inspect all research work on gene editing and submit a report to the government by year end showing that the work doesn’t breach ethical boundaries.

The order comes a month after Shenzhen-based researcher He Jiankui shocked the world by claiming he had edited the genes of a pair of twin baby girls while they were embryos. The announcement was met with criticism globally and at home. He’s current whereabouts are unknown.

The ministry’s notice (link in Chinese), posted on the websites of several universities on Thursday, ordered the institutions to focus their “self-inspection” on all programs relating to gene editing since 2013. Universities were asked to particularly address work conducted with affiliated hospitals and international bodies and that involve germline editing — where reproductive cells are altered, resulting in changes that can be passed down to descendants.

The ministry asked that universities scrutinize if ethical boundaries have been respected in the work and relevant laws followed. It also required universities to submit details of the programs, plus suggestions on how to strengthen life sciences and medical ethics in higher education.

Chinese researchers have been ambitious in experimenting with the use of CRISPR, a gene-editing tool that makes altering DNA relatively easy and which He used in his trial. While the technique was revolutionized in 2012 in the U.S., the Chinese have been first at many junctures — from using it successfully in monkeys, testing it on lab embryos not intended for live births, and using it in adults with cancer.

The U.S. doesn’t allow the use of CRISPR for editing the germline. And although U.S. regulators haven’t banned gene-editing of adult humans, the FDA has paid special attention to these proposals, placing months-long holds on the trials for regulatory scrutiny.