By Isabelle Li and Shan Yuxiao 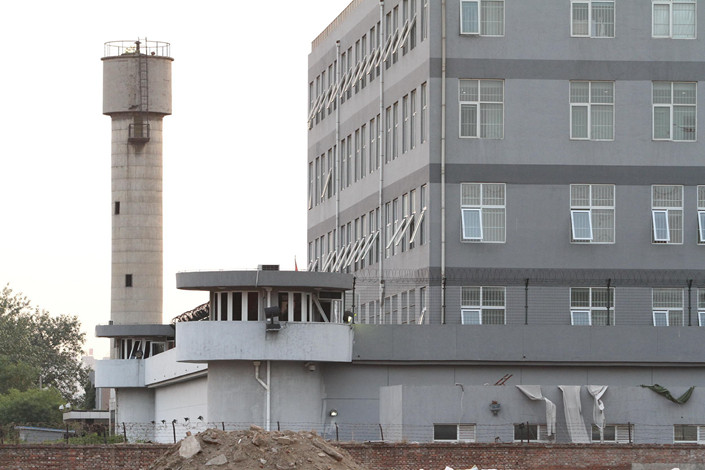 A detention and education center in Beijing. Photo: VCG

China looks set to abolish a controversial system that lets police arbitrarily detain sex workers and their clients for up to two years without trial for “compulsory education.”

The “detention and re-education for those involved in prostitution” program, which has existed for 27 years, was recommended for abolition on Monday by the Legislative Affairs Commission of China’s National Peoples’ Congress Standing Committee (NPCSC).

The news is seen as a victory for the scholars, legal practitioners and members of the public who have long lobbied for the change on the grounds such administrative detention is unjust, extrajudicial and particularly punitive.

Sex work will remain punishable in China after the change. Under revisions to the Law on Penalties for Administration of Public Security of 2012, prostitution is punishable by a penalty of up to 15 days’ detention.

The parallel custody and education system was empowered by a decision to prohibit sex work taken in 1991 by the 7th NPCSC. This authorized police to force sex workers into various forms of long-term “education” which included morality lessons, written confessions, forced labor and other humiliating activities designed to “remove evil habits.” In 1993, the State Council promulgated its “custody and education methods for prostitution,” where it established that China’s public security organs — or police — could detain sex workers and their clients for between six months and two years without trial.

The system echoes the “re-education through labor” system used to punish people who “disturbed social order” until it was officially abolished in 2013.

Shen Chunyao, the chairman of the NPCSC Legislative Affairs Commission, portrayed the system as being the victim of its own success. He said it had “its positive impact on society in maintaining order, educating and saving prostitutes,” as well as curbing an “unhealthy social atmosphere.”

“However, the need to make use of those measures and the number of people taken in for re-education have dropped significantly in recent years,” he said.

But the system has come under increasing pressure from lawyers and the public. Zhu Zhengfu, vice president of the All China Lawyers Association, was among the first on the Chinese Peoples’ Political and Consultative Conference national committee to publicly question its legitimacy, including by raising the issue with public security agencies, and has been lobbying for it to be scrapped since 2014.

That was the year police in Beijing opted to detain a well-liked actor named Huang Haibo for six months of “education” for solicitation, throwing a spotlight on the system. A public outcry followed, which was joined by legal experts who questioned the legitimacy of such long-term administrative detention. This culminated in two open letters — one from some 40 lawyers and scholars, and another from 108.

Zhu said he was not involved in the case. But he has long viewed the system as illegitimate under China’s Legislation Law, under which he argues any punishment that deprives someone of personal freedom should be enacted by law rather than administrative documents, he told Caixin. He said it was unjust not only because it was out of step with the legal penalties for prostitution, but because it breached the spirit of China’s Constitution because it imposed detention and custody without the legislation to back it up.

The 19th National Congress of the Communist Party of China held last year emphasized the principle of “rule by law,” he said, which may be why abolishing the system was finally on the agenda.