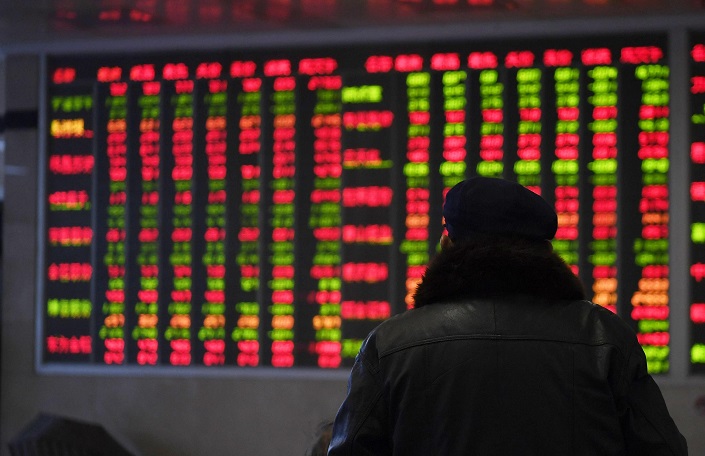 China just made it harder for mainland exchange-listed companies to suspend trading of their shares when they face the risk of a serious drop in their price.

The Shanghai Stock Exchange and the Shenzhen Stock Exchange announced on Friday that they had strengthened the rules for share trading suspensions to curtail abuse of the practice. The suspension period for a major asset restructuring was shortened from six months to 10 days and shares of companies whose major asset restructurings do not involve the issuance of new shares cannot be suspended.

Companies have often stopped trading in their shares to prevent their price from plummeting when the market sours on the company. In 2017, an average of 69 Shanghai-listed companies suspended trading in their shares each day, down only slightly from an average 74 in 2016, according to the Shanghai Stock Exchange. Such suspensions accounted for about 5% and 6%, respectively, of all listed company shares in those years, according to Caixin’s calculations.

The major rule change reduced the reasons for which a suspension of trading is allowed. Companies can no longer apply for suspensions for major asset restructurings that do not involve the issuance of new shares, for non-public offerings of shares, for overseas investments and for signing major new contracts. The stock exchanges will approve suspensions of share trading for companies that undergo bankruptcy, change of control, or issue new shares to purchase assets.

The stock exchanges added a new reason for which a share trading could be suspended. Companies can apply for a suspension when they plan to purchase assets through targeted convertible bonds. This is part of a new pilot project (link in Chinese) proposed by the China Securities Regulatory Commission in November to use targeted convertible bonds as a payment method for merger and acquisition deals.