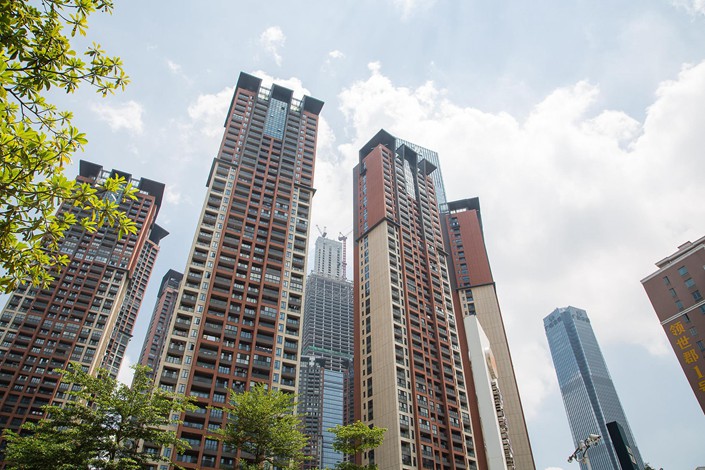 (Beijing) — Banks may lower mortgage rates in more cities this year and accelerate new lending to homebuyers to encourage purchasing, which should also replenish developers’ cash, to support the sagging property market, a top bank said in a report.

The “overly tight administrative controls” in first- and second-tier cities may be “moderately relaxed” to meet demand of first-time homebuyers and homeowners upgrading to better properties, Bank of Communications, one of China’s five largest lenders, said in its “2019 Outlook on China’s Economy and Financial Markets.”

China’s real estate market has soared since Beijing first developed a system for private property ownership in the 1990s, and prices in many large cities now top those in the West. Local governments have rolled out restrictions to curb speculation over the last few years, but now are starting to ease some of those as China’s economic growth slows.

Bank of Communications said there are signs that mortgage interest rates have “peaked” and are “about to correct.” Pent-up demand for housing loans will be unleashed as more cities loosen policies, said the report, which was released on Friday.

“Banks in some cities may lower mortgage rates marginally and hand out the loans at a faster pace,” it said. “That will ease to some point the liquidity squeeze at real estate companies that mainly target first-time homebuyers and upgraders.”

Bank of Communications published the report the same day the People’s Bank of China (PBOC) announced it will cut the reserve requirement ratio (RRR) — the amount of cash banks must set aside — twice this month for a total reduction of 100 basis points.

Although the PBOC said the rate cut was intended to encourage lending to small and private companies, the market is watching closely to see if the cash injection will cause mortgage rates to fall in more cities.

“Market liquidity will ease further due to the central bank’s RRR cut, which is set to increase the chances for other cities to follow suit to adjust (mortgage rates) after first-tier cities such as Shanghai and Guangzhou lowered the rates,” said Yin Yanmin, an analyst with online financial service platform Rong360.

Banks in several of China’s hottest housing markets, including Shanghai, Guangzhou, Chengdu and Chongqing, last month were offering mortgage rates to first-time homebuyers lower than the five-year benchmark rate of 4.9% set by the central bank, data from Rong360 showed. That may cause the average mortgage rate for first-time homebuyers to decline in December for the first time in two years, according to Caixin’s calculations.

Some analysts are also expecting the RRR cut to make it easier for real estate developers to get loans and at lower costs, as Beijing turns on the liquidity tap to support cooling economic growth.

Property developers are facing increasing fundraising difficulties this year as “shadow banking” activities in China contracted due to a government campaign to curb financial risks. Figures provided by real estate service company Tospur showed that the amount of money 40 property developers it monitors raised in December through methods like bond sales, equity financing and borrowings from banks slumped by over 64% from the previous month to 18.2 billion yuan ($2.65 billion). The company also estimated 2018 might have been the worst year ever for financing by real estate developers.

“State-owned developers and companies who are among the country’s 30 biggest property developers will benefit more (than other real estate companies) from this time’s RRR reduction,” Guo Yi, an analyst with consultancy Heshuo Real Estate, told Caixin.

During a key meeting last month to set economic policy for this year, Chinese leaders said they will take different measures in property markets of different cities based on local situations. Analysts have interpreted that as a signal that the national government will tolerate loosening of controls by local authorities.

Some cities, including Heze in the eastern province of Shandong; and Guangzhou, capital of Guangdong province in the south, have already started rolling back bans on housing transactions.