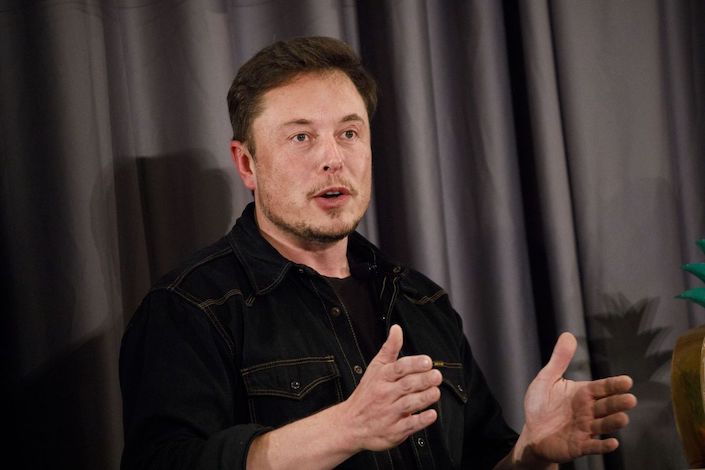 After four years of planning, Tesla Inc. is finally breaking ground for its $5 billion factory in the world’s biggest auto market. But the timing couldn’t be more inauspicious.

Chief Executive Officer Elon Musk will be in Shanghai to lay the foundation Monday for what would be the electric-vehicle maker’s first car-manufacturing facility outside the U.S. While the event, scheduled for 3 p.m. local time near the city, marks Tesla’s new journey in its 15-year history, it comes at a point where China’s economy is showing signs of strain following the tariff spat with the U.S.

The billionaire-entrepreneur is facing a car market that probably shrank last year for the first time since at least the 1990s as uncertainties surrounding the trade war between the world’s two biggest economies, signs of weakening domestic demand in China and a stock slump take a toll on consumers. The challenging environment also includes competition from several startups that all want to be like Tesla.

The China plant is the result of years of negotiations with Beijing, and a personal triumph for Musk who faced a disastrous 2018. The U.S. Securities and Exchange Commission moved to punish Tesla last year after Musk’s infamous “ funding secured” tweet with fines and a settlement that required corporate governance reforms. It also comes on the back of Tesla’s ability to ramp up production of Model 3 sedans, marking the beginning of a turn in market sentiment.

A local Chinese plant may be crucial for Tesla, which is struggling to stave off a potential dip in demand at home, its biggest market, after reductions in federal tax credits for EVs. The company cut the price of all its models by $2,000 to partially offset the loss of the subsidy.

A fully owned facility also would mean Tesla won’t need to share its profits and technology with Chinese partners, unlike other foreign carmakers who are required to form a domestic joint venture.

Domestic production would help shield Tesla against import duties as the U.S. and China find ways to wriggle out of the tariff quandary. The two sides have called a truce and are engaged in talks to cool tensions, with China temporarily scrapping the retaliatory 25 percent tax starting Jan. 1.

At the height of the dispute, when China imposed the additional duty on American-made autos, Tesla sales in the Asian country, its second-largest market, plunged to as low as 211 in October, from 3,552 in June, according to data compiled by Bloomberg Intelligence. In November, they clocked 393.

The drop in the numbers isn’t just a direct effect of the trade war. Stock losses in China last year wiped out more than $2 trillion of wealth, denting consumer appetite for luxury goods. Passenger car sales declined for six consecutive months through November, and are on course for an annual decline. A key China PMI index fell below 50 in December to its lowest reading since May 2017, signaling weakening demand in the $12.2 trillion economy.

The Palo Alto, California-based EV maker signed a preliminary agreement in July with the Shanghai government last year to build the 500,000-unit factory in the Chinese city. In October, it said it paid about $140 million to secure more than 200 acres of land for the planned Gigafactory 3.

The facility is expected to churn out about 250,000 vehicles annually at first -- the Model 3 and the planned Model Y -- and that capacity will double over time. Tesla, which has said it plans to use mostly local debt to fund the factory, plans to start production this year.

Tesla may initially start off with a general assembly facility and investors shouldn’t expect production to start in 2019, according to Maynard Um, an analyst at Macquarie Capital (USA) Inc.

“While this may not produce the same tariff reduction benefits, we expect there would still be some model benefit, particularly as the company vertically integrates supply chain within China,” Um wrote in a note on Jan. 3.