By Zheng Lichun and Bonnie Cao 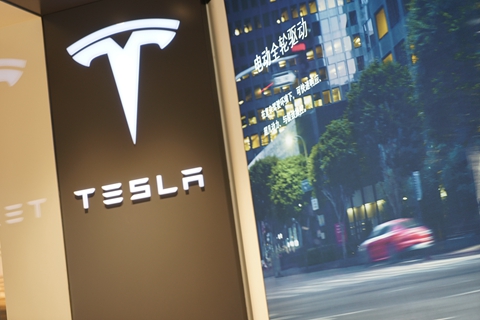 Tesla signed an agreement with the Shanghai government for the transfer of industrial land in the city’s southeastern Lingang district, the company said Wednesday. The parcel was sold at auction for 973 million yuan ($140 million), according to the Shanghai Bureau of Planning and Land Resources.

The land purchase came as the company has been hit by Chinese tariffs on U.S.-made goods amid a trade war. Producing cars locally could help Tesla offset rising costs of selling its cars in China.

Taking transport costs and tariffs into account, imported Teslas are at a 55% to 60% cost disadvantage compared with the equivalent car produced in China, Tesla said in its most recent earnings report. Moreover, foreign-made cars are not eligible for the Chinese government’s electric-vehicle subsidies of about 15% of the retail price or more.

Tesla signed a deal with Shanghai authorities in July to open a plant in the Chinese city. The operation will be Tesla’s first Gigafactory – including battery production and vehicle assembly – outside the U.S. It will be a wholly owned subsidiary of Tesla with integrated capacity for research and development, manufacturing and marketing. The plant will be the largest foreign investment manufacturing project in the city’s history, according to the local government.

Tesla’s long-sought plan for China production began to become concrete in June after the Chinese government set a timetable to abolish the 50% cap on foreign ownership of Chinese auto ventures by 2022.

The new policy, part of efforts to liberalize China’s auto manufacturing market, for the first time allows foreign companies to set up auto ventures in the country without a Chinese partner.

After the land acquisition, Tesla still needs a permit to open the new plant under the revised auto-industry investment regulation, which has yet to be published by authorities.

The Shanghai factory is crucial to the Palo Alto, California-based automaker, which has been eager to ramp up production to meet increased demand. China is now Tesla’s second-largest market, where it sold around 17,000 vehicles last year.

Tesla expects the factory to start construction in a few quarters and produce its first cars in three years, according to its letter to shareholders in August. The plant will initially have a capacity of producing about 250,000 vehicles and battery packs a year, while it aims to eventually double annual output to 500,000 units, the company said.

Tesla has said it will seek to take on local debt to fund its Shanghai factory, widely expected to cost as much as $5 billion.

The Chinese unit of Tesla, Tesla (Shanghai) Ltd. Corp., has boosted its registered capital almost 50-fold to 4.67 billion yuan from the previously announced 100 million yuan, Tianyancha, a company data provider, said in September. The company’s business will also expand into manufacturing of components, such as auto parts and battery systems, the updated company filing showed.