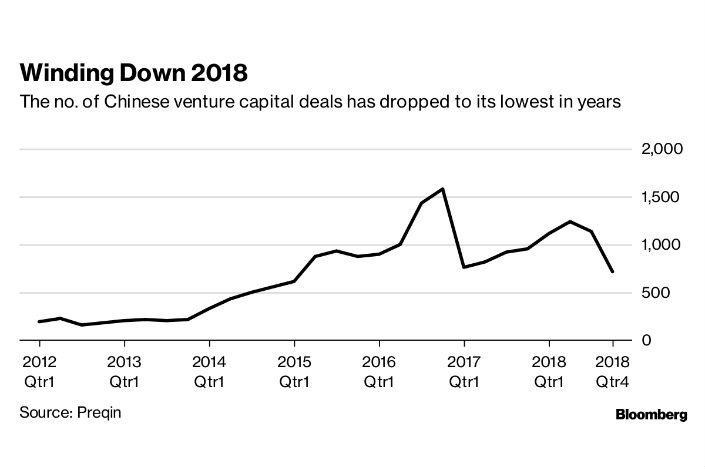 There were 713 VC deals in the three months ended December, down 25% from a year earlier, according to data from market research firm Preqin. The amount invested in the quarter shrank 12% to $18.3 billion.

Overall, last year remained a record for venture capital deal-making globally, but the slowdown in China grew pronounced in the latter half of 2018. The slide in the country’s venture capital scene comes amid a cooling in the nation’s economy, the world’s second largest. That was exacerbated by a trade war with the U.S. and regulatory clampdowns that raised uncertainty in the previously booming sector.

Less money for funding could spell the end of some of the cash-burning battles for market share that have played out in the ride-hailing and bike-sharing sectors as investors become wary of money-losing business models that require subsidies for market share. The total amount of venture capital invested in the December quarter dived by 27 percent to $9.8 billion from the previous three months, separate estimates from CB Insights showed. And the number of deals slid 42 percent to 504.