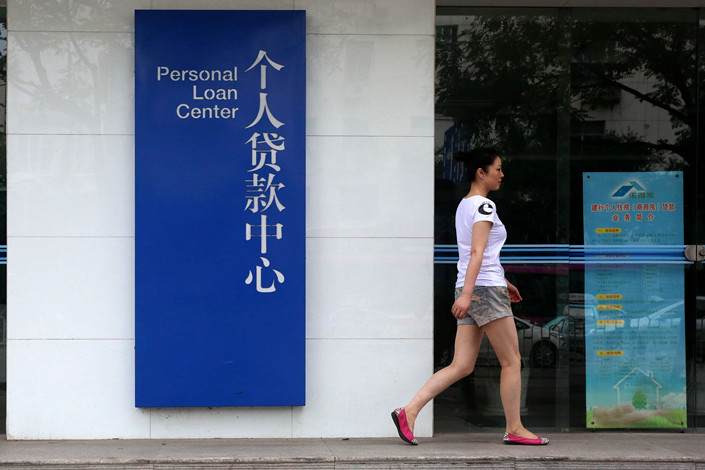 As China’s household debt continues to build up despite government-led deleveraging efforts, experts are warning against an accumulation of risks similar to the 2008 subprime mortgage crisis in the U.S. that led to the Great Recession.

Ideally, household leverage – defined as the ratio of household debt to gross domestic product (GDP) – should grow at no more than 2 to 3 percentage points a year, said Zhang Xiaojing, deputy director of the Institute of Economics at Chinese Academy of Social Sciences. Any growth above that rate could bring big risks, he warned.

As of the end of the 2018 third quarter, China’s household leverage ratio reached 52.2%, 3.2 percentage points higher than at the end of 2017, according to data from the Center for National Balance Sheet, a research institute affiliated with the Beijing-based think tank National Institution for Finance & Development (NIFD). The center estimated that the 2018 growth rate was faster the average growth of the last decade.

According to the International Monetary Fund (IMF), when the household-debt-to-GDP ratio hits 30%, it can interfere with a country’s medium-term economic growth. Above 65%, it begins to undermine financial stability.

China’s household-debt-to-GDP ratio is still below the international average, but if measured by the ratio of household debt to disposable income, China’s leverage reached 85% at the end of 2017, comparable to the current level in the U.S.

The 85% ratio is well below the 103% level the U.S. reached just before the 2008 financial crisis, but the rising curve of Chinese leverage is basically parallel with the U.S. pattern before the crisis, warned Li Yang, chairman of the NIFD.

The rapid buildup of household debt has spurred fears that potential default risks will put pressure on lenders and hurt the country’s long-term consumption growth.

Zhang warned that most risks come from rapid surges in short-term consumer credit, obtained by individuals from banks, credit cards, financial companies and online lending platforms to fund family spending such as for vehicles and holidays.

Chinese consumers’ borrowing spree is fueled by the boom of online financial service platforms such as peer-to-peer lending sites, which collect money from retail investors and issue small loans to consumers. Borrowing can be extremely easy as platforms compete to expand their user bases. Sometimes, loans can be secured by a simple click on a mobile phone.

This type of short-term debt usually doesn’t require collateral. If borrowers use short-term consumer loans to make mortgage payments, the risks are greater than those of mortgage loans, Zhang said.

A regulatory crackdown since 2017 on online financial irregularities found that some investors used consumer loans to invest in stocks and properties, skirting borrowing rules.

Research by Industrial Securities also found a correlation between consumer loan growth and housing sales. Despite tightening controls on mortgage loans to rein in a property price surge, down payments made by Chinese home buyers increased by 70% in 2017 from the previous year. During the same period, consumer borrowing nearly quadrupled to 3.9 trillion yuan, the research found.