Did Xiaomi Lose a Billion-Yuan Bet With Gree? 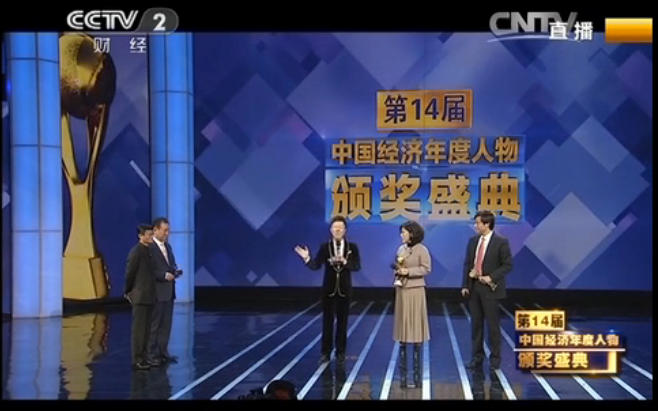 A screenshot of the 2013 CCTV business awards show, with Jack Ma and Wang Jianlin at left, and Dong Mingzhu and Lei Jun at right.

Apparently not much, as Chinese home-appliance leader Gree Electric showed by disclosing this week it would dole out 1 billion yuan ($147 million) in raises this year.

That amount also happens to be the size of a 5-year-old bet that will come due shortly between Gree’s chief Dong Mingzhu and smartphone wunderkind Lei Jun of Xiaomi.

First the raises, which translate to an average of 1,000 yuan per employee per month -- though workers will get more or less depending on their 2018 performances, Gree said.

As to the bet, that wager dates back to 2013. The challenge took shape at a high-profile CCTV awards ceremony where Gree and Xiaomi were being feted as success stories in China’s booming tech and industrial landscapes.

Onstage, Jack Ma and Wang Jianlin, the brains behind e-commerce giant Alibaba and real estate titan Wanda, enticed Dong and Lei into trading barbs. At one point Gree's Dong asked the crowd: How many of you have a Xiaomi phone with you? So few people raised their hands that it provoked laughter.

Lei countered with a bet: In five years — by 2018 — Xiaomi would post revenue higher than Gree’s. He offered a symbolic 1 yuan wager, but Dong — often called China’s most successful businesswomen — surprised viewers by raising the amount to 1 billion yuan.

The companies’ numbers for all of 2018 aren’t yet public, but things don't look good for Lei. As of Sep. 30, Gree's gross corporate revenues were 150 billion yuan. Xiaomi’s? Only 130 billion yuan.