By Wei Yiyang and David Kirton 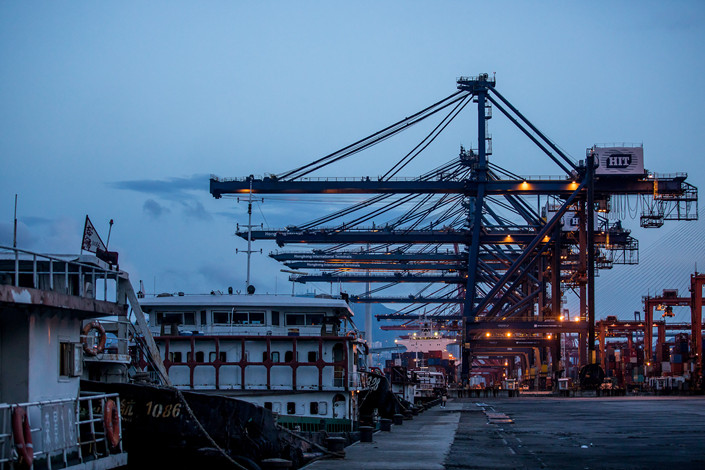 Buffeted by economic headwinds and intensifying competition, Hong Kong’s cargo terminal operators are banding together in a bid to arrest the autonomous territory’s decline as a global shipping hub.

One of the world’s busiest ports, Hong Kong has long thrived thanks to its position as a conduit for goods moving in and out of China, particularly when much of the mainland was closed to foreign trade before it began to open its markets in 1978.

While still a key port, Hong Kong’s position has eroded in recent years, slipping to seventh globally in terms of throughput in the first half of 2018, down two places from the year earlier.

Yet the territory’s container terminal operators will not go down with the ship. This week, major operators that control 95% of the berths at the giant Kwai Tsing Container Terminals announced that they will form the Hong Kong Seaport Joint Alliance, with the aim of using the terminal more efficiently, coordinating action and creating strategies on dealing with external challenges.

Specifically, the terminal operators are COSCO-HIT Terminals (Hong Kong) Ltd., Asia Container Terminals Ltd., Hong Kong International Terminals Ltd., and Modern Terminals Ltd. Together they account for four-fifths of the total container throughput in Hong Kong, which altogether was the equivalent of 9.87 million standard shipping containers in the first half of 2018.

Hutchison Port Holding Trust, the shipping empire built by Li Ka-Shing, Hong Kong’s richest man, controls the majority of the berths through majority stakes or partial stakes in the companies above, apart from Modern Terminals.

The alliance is partly intended to balance the growing negotiating clout of shipping companies in recent years. As choppy trade waters capsized several shipping companies, the four major global shipping alliances have streamlined into three — the Ocean Alliance, the THE alliance and 2M. The container operator alliance will “better accommodate the need of such shipping alliances,” a statement from Hutchison Port Holding said.

Shipping as a whole continues to be buffeted by economic headwinds, with many analysts blaming trade tensions between the U.S. and China. Shipping liners continue to have a hard time. Earlier this month, Wu Bingqing, the president of China operations at A.P. Møller–Mærsk A/S, the world’s biggest shipping company, told Caixin that in the first three quarters of 2018, the volume of containers imported from the U.S. to China fell by 20% to 30% year on year.

Given the tough trade environment, the new alliance may struggle to reverse Hong Kong’s fortunes. Figures from the Hong Kong Maritime and Port Authority showed that throughput at all of Hong Kong’s ports was down 5.4% year-on-year in the first 11 months of 2018. Conversely, the six ports that ranked above Hong Kong saw increases in volume. The top six in order are Shanghai, Singapore, Ningbo, Shenzhen, Guangzhou and Busan, South Korea. The close proximity of Shenzhen and Guangzhou to Hong Kong pose particular challenges, analysts say.