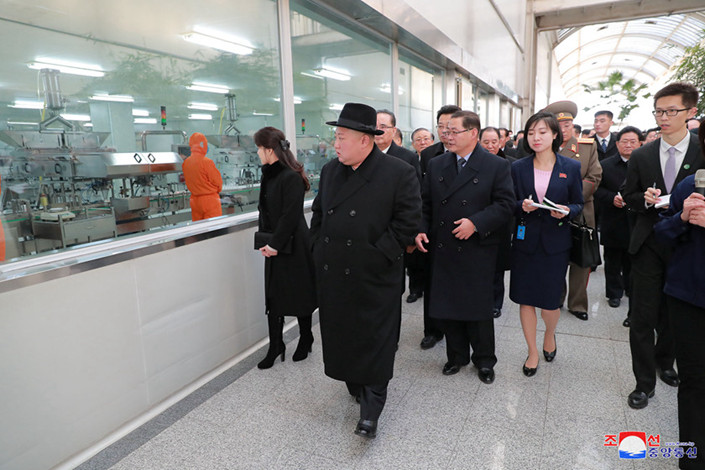 Xi met Kim Jong Un in Beijing this week during the North Korean leader’s surprise fourth visit to China in less than a year, and ahead of a possible summit between Kim and U.S. President Donald Trump.

China “encourages North Korea to continue in the direction of denuclearizing the (Korean) peninsula” and “supports a summit between North Korea and the U.S. to achieve results,” Xi said, according to Xinhua. Xi said he hopes the countries “can meet halfway.”

Kim met with Trump in June at a historic summit in Singapore, where the two sides reached a vaguely worded agreement to “join their efforts to build a lasting and stable peace regime on the Korean Peninsula.” But little progress has been made since.

Kim also told Xi that North Korea would work toward achieving “results welcomed by the global community” through a second summit, Xinhua reported.

North Korean state news agency KCNA wrote that Kim said “the DPRK remains unchanged in its main stand to keep the goal of the denuclearization of the Korean peninsula, sincerely implement the joint statement adopted at the Singapore DPRK-U.S. summit talks and seek negotiated peaceful solution.” DPRK stands for the Democratic People’s Republic of Korea, the official name North Korea uses to refer to itself.

The Singapore agreement signed by Kim and Trump does not specify what “denuclearization” would entail.

China has watched relations between North Korea and the U.S. closely. The U.S. is a close ally of South Korea, which is technically still at war with the North after the Korean War armistice of 1953.

Kim’s trip to Beijing — for which he traveled by train — coincided with talks in the city between U.S. and Chinese negotiators over the ongoing trade war between the world’s two largest economies. But when asked if DPRK visitors would have contact with the U.S. delegation, Chinese foreign ministry spokesperson Lu Kang said, “I am afraid that these two visits are two different things.