By Jason Tan and Tang Ziyi 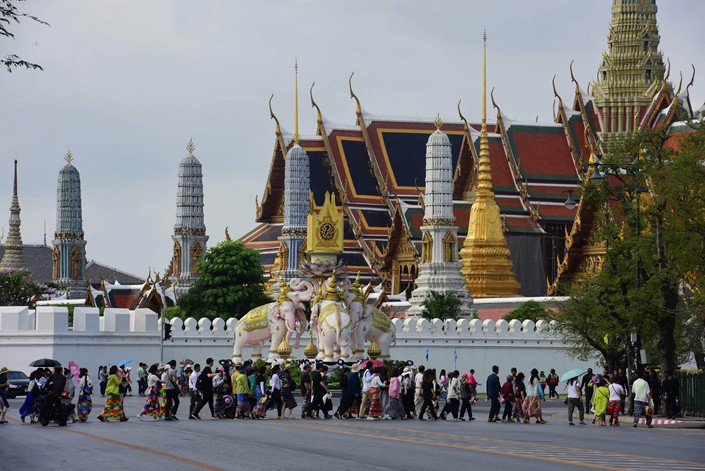 Catherine Li, a 23-year-old Shanghai-based financial researcher, plans to travel to Japan with her parents during the Lunar New Year holiday.

The native of prosperous Wenzhou, East China’s Zhejiang province, said big cities are lonely places to spend the weeklong holiday, as hundreds of millions of migrants join the world’s largest annual human migration to head back to their smaller hometowns for family reunions.

“I have traveled to many places over the country for the past Lunar New Year holidays,” she said. “This time, I want to experience the exotic favor of Japan.”

Li and her parents are three of the millions of Chinese people that will travel overseas this Lunar New Year holiday, which stretches from Feb. 4 to Feb. 10.

According to travel giant Ctrip.com International Ltd., the number of outbound tourists this year is expected to surpass last year’s 6.5 million to hit 7 million, another record high.

This year, Japan and Southeast Asia’s Thailand, Indonesia, Singapore, Vietnam and Malaysia are expected to remain the most-visited destinations during the Lunar New Year, Ctrip said in a press statement on Thursday. Other countries on its top 15 hot-travel lists include the U.S., Australia, Italy, and the United Arab Emirates.

However, celebrating the Year of the Pig abroad isn’t cheap.

The average price of outbound travel packages has increased 10% year-on-year, according to the state-affiliated Economic Daily. The newspaper’s report also said there has been a 30% increase in the number of outbound trips booked through major travel platforms.

During last year’s National Day Holiday, the country’s other weeklong break held in early October, Chinese people made a total of 726 million trips at home and abroad, up 9.43% from the previous holiday.