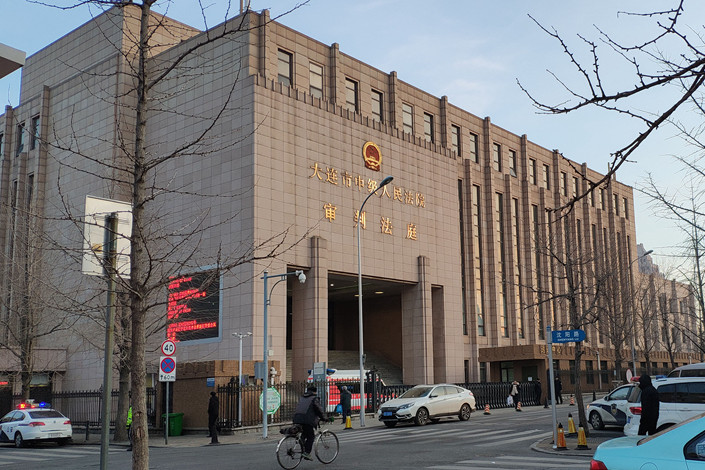 (Beijing) — Canada issued an advisory for its citizens traveling to China, warning of the potential for “arbitrary” law enforcement — and turning up the pressure in an ongoing tussle that began in December with the detention of a Chinese telecom executive in Vancouver.

Ottawa took the step just hours after a Chinese court sentenced a Canadian man to death for drug smuggling, and after China detained two Canadians last month on suspicion of endangering national security. Tensions first flared at the start of December, when Canadian police took the chief financial officer (CFO) of telecom giant Huawei Technologies Co. Ltd. into custody for possible extradition to the U.S. while she was transiting through Vancouver’s airport.

Ottawa had said in early December it was considering issuing a travel advisory shortly after the detention of the first Canadian, Michael Kovrig. It carried through with that threat on Monday by telling its citizens they should “exercise a high degree of caution in China due to the risk of arbitrary enforcement of local laws.” In the listing, it also cited “death penalty, penalties for drug-related offences” for its action, according to a posting on the government’s webpage.

Canada divides all countries into five categories, with “exercise normal security precautions” as the safest rating for its citizens traveling abroad. A “nationwide travel advisory is in effect” is used for the most dangerous. “Exercise a high degree of caution” is the third-highest level.

Canada took the move just hours after a court in the northeastern Chinese city of Dalian announced the death penalty for Canadian citizen Robert Lloyd Schellenberg and confiscation of all of his personal assets. The sentence came in a retrial after Schellenberg appealed a previous verdict with a more-lenient sentence. He was convicted of trying to smuggle more than 222 kilograms (489 pounds) of methamphetamine from China to Australia in a case that dated back to 2014.

In response to the new sentence, Canadian Prime Minister Justin Trudeau said it was “of extreme concern … that China has chosen to begin to arbitrarily apply (the) death penalty,” the Australian Financial Review reported, citing remarks Trudeau made to reporters.

Chinese Foreign Ministry spokeswoman Hua Chunying took issue with Trudeau’s use of the word “arbitrary” in the travel advisory, and asked if anyone in Canada had read the relevant laws in Liaoning province, where the trial took place.

The tensions began with the December detention of Huawei CFO Meng Wanzhou, who is also a daughter of the company’s founder and is wanted by the U.S. on suspicion of violating American sanctions aimed at punishing Iran. Meng was allowed to go free on bail and is now in Canada awaiting hearings that will determine whether she will get sent to the U.S.

Kovrig, a former diplomat working with International Crisis Group, was detained shortly after Meng’s initial detention and is being accused of endangering national security. A short time later, Michael Spavor, a Canadian whose company brings tourists and hockey players into North Korea, was also detained over similar allegations.