By Peng Qinqin and Lin Jinbing 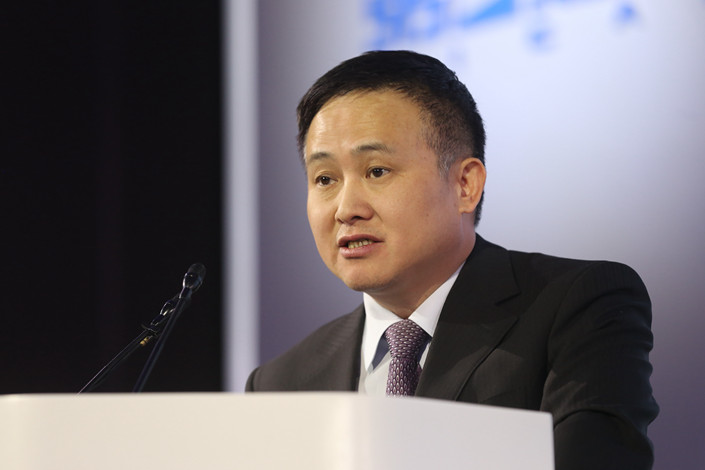 A senior central banker has expressed dissatisfaction with some overseas entities’ practice of raising money in China’s domestic bond market only to quickly move it abroad, even though the practice is allowed.

Beijing has encouraged overseas governments, businesses and financial institutions to raise funds on the Chinese mainland by issuing onshore yuan-denominated bonds, better known as “panda bonds,” in a bid to widen foreign access to its bond market. At the end of last year, the total amount of panda bonds issued reached nearly 200 billion yuan ($29.6 billion), said Pan Gongsheng, a deputy governor of the People’s Bank of China, the nation’s central bank.

“We have some preference. If an institution issues panda bonds and then immediately transfers the proceeds abroad and changes them into U.S. dollars, I don’t think it makes much sense to the issuer,” he said Thursday at a bond forum in Beijing. “It doesn’t make much sense to China, either.”

He added that such movement of money is allowed since there is no restriction on where such capital can be used. But his speech indicates that some Chinese officials may be unhappy about foreigners who have taken advantage of the nation’s financial opening in a way that regulators did not intend.

In addition to encouraging foreigners to raise funds on the mainland, China has been trying to lure more of the foreigners’ money to its multitrillion-dollar bond market, the world’s third-largest, behind only the U.S. and Japan.

Currently, more than 1,100 overseas investors hold around 1.73 trillion yuan worth of onshore bonds, Pan said. Among them, more than 500 have invested in onshore bonds through the Bond Connect programs, with a combined holding of 180 billion yuan, he said.

At the end of last year, the total amount of China’s outstanding bonds reached 76.45 trillion yuan, according to official data (link in Chinese) released Thursday. Overseas investors held 2.3% of that sum, and 8.1% of bonds issued by China’s central government, Pan said. He added that the two ratios are much lower than those in developed economies.

Analysts have widely attributed lack of foreign interest in Chinese corporate bonds to poor quality of information disclosure about issuers, as well as poor credibility of local credit rating agencies. One typical case made headlines in August, as regulators banned Dagong Global Credit Rating Co. Ltd. from taking on new rating business for one year. They found that the agency had charged exorbitant consulting fees in exchange for promising high ratings to clients.

In a bid to improve the credit rating industry’s credibility and encourage fair competition, China is further opening its bond market by allowing foreign players, such as Moody’s, Standard & Poor’s and Fitch Ratings, to independently assess the quality of bonds on the interbank market.