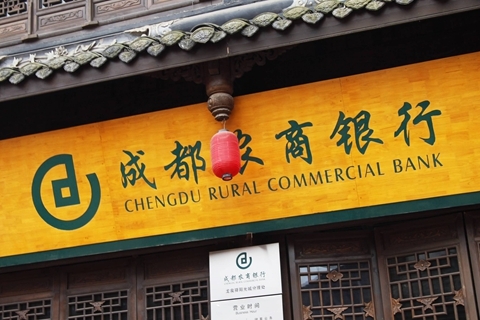 Anbang bought its 35% stake in the Chengdu Rural Commercial Bank from the Chengdu government in 2011 for 5.6 billion yuan. Photo: VCG

Anbang Insurance Group Co. took down the “for sale” sign on part of its controlling stake in a rural bank after there were no takers at the asking price of 16.8 billion yuan ($2.44 billion).

Anbang, the embattled Chinese financial conglomerate, withdrew the listing of its 35% stake in Chengdu Rural Commercial Bank on the Beijing Financial Assets Exchange, according to a statement Wednesday by the exchange. The government took over Anbang last year after its founder was imprisoned on fraud and embezzlement charges.

The statement was subsequently deleted from the exchange’s website, but any listing information on the bank’s shares was also taken down. Anbang listed its stake for sale on Dec. 12, 2018. The listing period was supposed to end Jan. 9, though the offering could be extended on the same terms.

A person close to the matter at the exchange confirmed that the listing was terminated by Anbang, but the reason was unknown.

Anbang put its stake up for sale to comply with regulations. People close to the matter told Caixin that Anbang is still required to dispose of its non-core assets by Feb. 23.

The price tag of 16.8 billion yuan represented a premium of almost 20% over the bank’s net assets as of the end of 2017. Some market participants said they thought the price reasonable compared with similar transactions at other privately held banks. But people close to the bank said the listing price was relatively high, citing an unclear amount of non-performing assets at the bank related to Anbang.

As of the end of 2017, Chengdu Rural Commercial Bank had a total assets of 705.5 billion yuan, including more than 470 billion yuan of assets under management. Its non-performing loans on the books were less than 2 billion yuan, but some said the risks may not be fully exposed, especially those related to the bank’s asset management business.

Anbang bought its 35% stake in the bank from the Chengdu government in 2011 for 5.6 billion yuan, a price lower than the market’s expectations. After the takeover, Anbang was able to consolidate the bank into its financial statements at a time when its own assets were a fraction of the lender’s. It also used the bank as an important funding tool for its overseas acquisition spree.

After Anbang’s founder and former Chairman Wu Xiaohui came under investigation for fraud and embezzlement last March, regulators sent a risk-monitoring team to the Chengdu bank. The team found questionable transactions in the bank’s interbank business involving as much as 2 billion yuan, people close to the investigation told Caixin.