Caixin Explains: Why It’s So Hard To Kill Zombies in China

By Charlotte Yang and Ke Baili 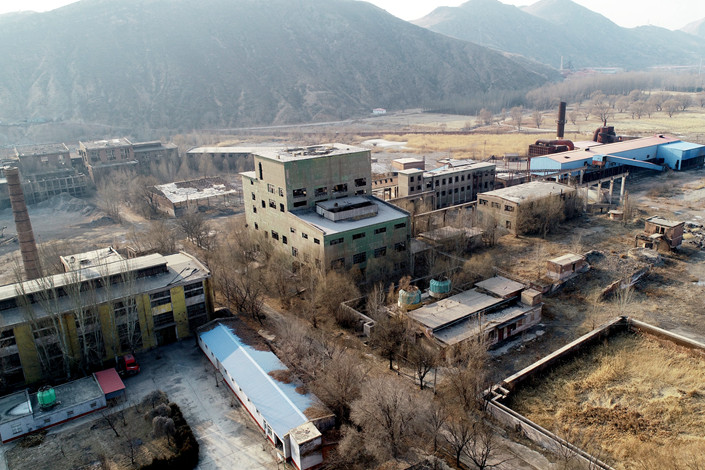 A zombie firm “僵尸企业” (jiāngshī qǐyè) is a persistently money-losing firm that survives through its access to subsidized loans. For Beijing, “persistently” means three years of losses. Like real zombies, these firms should be dead, but lurch on regardless. They also leave an unholy stink in their wake — zombies suck up credit that could go to more productive companies, and are ideal hosts within which non-performing loans can fester and multiply, potentially creating systemic financial risks. China didn’t invent zombie firms — the term first gained popularity during Japan’s “Lost Decade” of economic stagnation in the 1990s — but Chinese zombies do have a couple of additional characteristics, with the central government also considering misalignment with the state’s industrial policies, or poor environmental and technological standards, as markers of zombification.

To understand why these firms still survive, just look at where most of them are lurking: state-dominated heavy industries like coal, steel, cement, and glass. These are big employers, especially in China’s northeastern rustbelt, and also the traditional drivers of the country’s economic growth. Putting them to rest means the local economy’s GDP figures could take a hit — and, after mass layoffs, potentially social stability too. It’s no surprise then that career-minded local officials are loath to let these firms die.

Just as a zombie human needs access to brains, a zombie firm needs access to credit, the cheaper the better. Fortunately, most zombies are state-owned, and banks have always been more comfortable lending to SOEs on the assumption that such firms are unlikely to default on their debts. A wave of stimulus unleashed in late 2008 during the global financial crisis encouraged many firms to ramp up investment and production on the back of cheap loans. This contributed to severe overcapacity and high levels of debt, especially in the heavy industries mentioned above — ideal conditions for a firm to slip into zombie status. A 2017 International Monetary Fund working paper noted that zombies formed during 2008-13 were more “entrenched” than older ones had been.

Why would banks continue to lend to such firms? We’ve already touched on two reasons: strong encouragement from local officials, and an assumption that state-owned firms are creditworthy. But many banks may know very well that these firms will never be able to pay them back, but by continuing to extend credit, they can avoid exposing the extent of their own non-performing assets, at least for a time, according to Xu Zhong, research director at the People’s Bank of China.

While a shotgun is the weapon of choice to dispose of a real zombie, China long lacked a good legal equivalent. Local civil courts did not have the expertise needed to handle complex bankruptcies, and could face interference from local government. Many more specialized bankruptcy courts have been introduced since 2015. These, in theory, should see plenty of use over the next two years: in December, China’s top regulators called for all zombie firms to be cleaned up “出清” (chū qīng), either through restructuring or bankruptcies, by the end of 2020. But the social and economic impact of cleaning up these firms will be significant — in early 2016, the government said there were over 2,000 state-owned zombies in operation — and many of the reasons that they exist today, especially in China’s struggling Northeast, haven’t gone away.