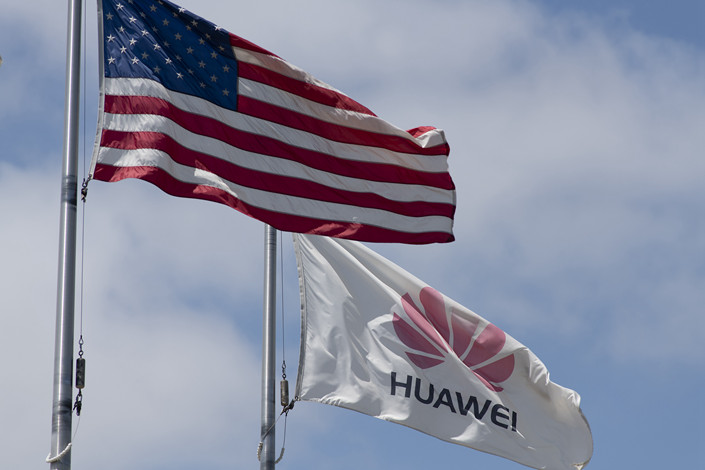 The Huawei logo flutters above the company’s office in Santa Clara, California, the U.S., on June 6. Photo: VCG

Huawei Technologies Co. Ltd. has denied all charges made in two indictments issued by U.S. prosecutors, saying that the company is “disappointed” to learn of the latest development in its saga with U.S. authorities.

“The company denies that it or its subsidiary or affiliate have committed any of the asserted violations of U.S. law set forth in each of the indictments,” Huawei said in a statement on Tuesday.

The two indictments — unveiled by the Justice Department on Monday night in the U.S. — include nearly two dozen charges of bank and wire fraud, obstruction of justice, and technology theft.

One filed by U.S. prosecutors in New York’s Eastern District in Brooklyn accuses Huawei of violating U.S. sanctions against Iran by doing business with the country through a subsidiary — Skycom Tech Co. Ltd. — it tried to conceal. Huawei responded that it had previously sought to discuss the accusations with the U.S. Justice Department, but that the request had been rejected “without explanation.”

The other indictment was filed by federal prosecutors in the Western District of Washington in Seattle, which accuses Huawei of stealing trade secrets from telecom carrier T-Mobile. Huawei said in the statement that the case — which it said is the subject of a civil suit — has already been settled after a Seattle jury found “neither damages nor willful and malicious conduct.”

The Huawei statement also said the company is unaware of any wrongdoing by its Chief Financial Officer Meng Wanzhou, who has lived under strict conditions in Vancouver after Canadian authorities detained her at the request of the U.S. about two months ago.

Meng was among several defendants listed in the New York indictment and was charged with bank fraud, wire fraud and conspiracy to commit bank and wire fraud.

U.S. prosecutors accuse Meng of lying about Huawei’s relationship with Skycom and misleading the company’s banking partners about the nature of Huawei’s business in Iran. Both Meng and Huawei have denied the accusations.

On Monday, a spokesperson from China’s Ministry of Foreign Affairs urged the U.S. to retract the arrest warrant against Meng. “Regarding the Meng Wanzhou case, China has expressed our position for several times. The U.S. and Canada are taking advantage of their bilateral extradition agreements to force actions on Chinese citizens,” the spokesperson said. “We again urge the U.S. … not issue a formal extradition request.”

However, the Canadian Justice Department confirmed late Monday local time that it had received a formal request from the U.S. for Meng’s extradition, Canada’s national broadcaster CBC reported.

“The U.S. has been using state power to crack down on targeted Chinese companies for a while, attempting to stifle the companies’ legal operations,” a ministry spokesperson said at a briefing on Tuesday.

Also, on the same day, a spokesperson from China’s State Council Information Office called the U.S. indictments against Huawei “unfair and immoral.” "Some relevant country should provide Chinese companies with a just and predictable environment," the spokesperson said.

The charges are the latest headwinds to hit the Chinese telecom giant, which has been facing growing hurdles from foreign regulators over national security concerns. Countries including Australia, Britain, Canada, Germany and Japan have all recently taken steps to curb its involvement in their rollout of the next generation 5G telecom networks.