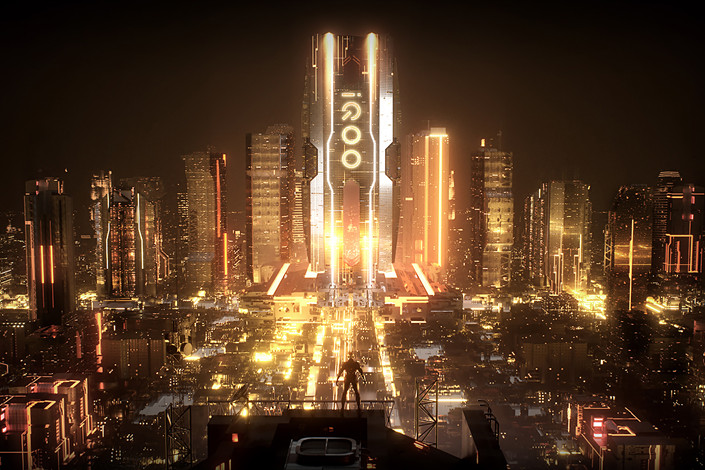 Vivo-maker rolls out second iQOO brand in a bid to stabilize its position amid intense market competition. Photo: Vivo

Vivo and homegrown rivals like Huawei and Oppo have become some of the world’s largest brands by feeding off their domestic market, the world’s largest accounting for more than a quarter of global sales. Many of those names are now moving aggressively abroad and rolling out new brands in a bid to keep their growth alive, especially as the China market shrinks due to oversaturation.

Vivo wants to position iQOO as a more upscale brand with models expected to cost more than 5,000 yuan ($740), according to analysts following the launch. The company will debut its first model under the brand at a major annual trade show in Spain set to open on Feb. 25, according to a company representative.

“In the current market, we still hope sub-brands can complement shortcomings of Vivo’s online sales channels, strengthen our competitiveness in first-tier cities, and break consumers’ existing impression of the Vivo brand and gain more users,” the representative said.

The launch follows a pattern among other Chinese brands, including Xiaomi Corp.’s official spin-off of its low-end Redmi line as a separate brand last month. The first model launched under the brand, the Redmi Note 7, has already logged more than 1 million units sold since its Jan. 15 debut, Xiaomi said in an announcement on Tuesday.

Huawei Technologies Co. Ltd., now the world’s second largest smartphone-maker behind only Samsung, was one of the first to try a multi-brand strategy with the launch of its Honor brand in 2013. Honor has since emerged as a lower-end brand with a focus on online sales, compared to Huawei’s own-branded premium phones that have a strong traditional retailing presence. Oppo, the world’s fourth-largest brand, launched its own Realme brand last summer.

The Chinese companies all began as lower-end specialists, at a time when global giants Apple and Samsung dominated the market for higher-margin premium phones. But stiff competition at the lower end has led many players to try their luck at the less-crowded premium end of the market.

Vivo was China’s third-largest brand in last year’s fourth quarter with nearly 20% of the market, according to IDC data released this week. It has also found recent overseas success in the fast-growing India market, where it is now the third-largest player with 14.2% share.

The company’s phones are popular among younger people in smaller cities and are known for features that cater to that group, such as cameras and music players. The Vivo representative said the new phones will have more of a high-tech feel, and be targeted at the mass market.

IDC analyst Bryan Ma said Vivo has the technological know-how to make such higher-end models, though he declined to comment on the new brand’s chances of success.