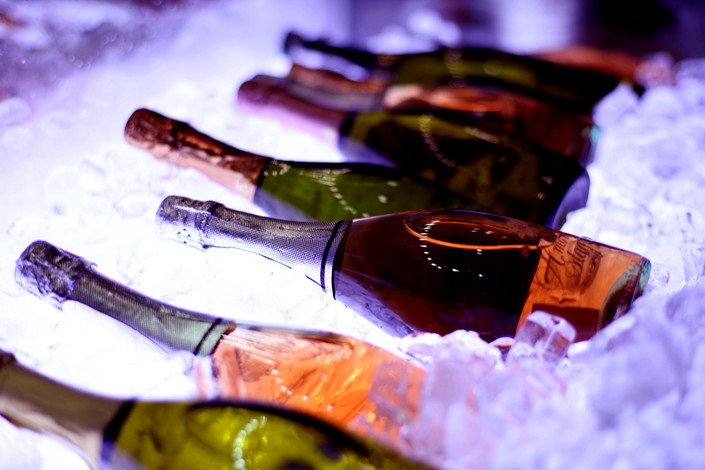 A French wine association described the China market last year as one of “firm demand in a weak economy.” Photo: IC

French wine exports to China tumbled 14.4% last year, even as overall imports and the broader market grew, as Chinese consumers turned to alternatives from countries like Chile and Australia.

The sharp decline marked a reversal from years of explosive growth, including a 25% rise in Chinese imports of French wines in 2017, according to FEVS, which represents more than 500 French vintners that account for 85% of the country’s wine exports. Total French wine exports to China last year were worth about 1 billion euros ($1.13 billion), compared with 1.2 billion euros in 2017, the group said in an announcement on Wednesday.

The 2018 decline in China was the largest among FEVS’ top five global export markets. All others posted gains with the exception of Britain, which saw a 0.6% decline. The big drop in China came after years of strong growth on the back of demand from the country’s burgeoning middle class.

FEVS described the China market last year as one of “firm demand in a weak economy,” according to a report accompanying the latest export figures,

China’s economy has slowed considerably in recent years, but growth still remains above 6%. The overall wine market has maintained similar growth, with gains in the 5.3% to 6.1% range posted or expected annually between 2018 and 2022, according to Euromonitor. Wine imports have also posted steady growth over the last few years, with sales rising 9.3% by volume to 390 million liters, and an even larger 17.6% increase in revenue to 12.7 billion yuan ($1.9 billion) in the first half of last year, according to Chinese customs data.

A report accompanying the first-half data referenced the movement away from French wines, some of the earliest to enter the Chinese market, to other alternatives.

“Chinese consumers are increasingly willing to try wines from other countries besides France,” the report said. “According to statistics, in the first half of (2018), China’s imports of wine from Australia, Chile, Italy, the United States and other countries have increased to varying degrees.”

The shift to wines from other countries also reflects importers’ efforts to boost their profits, said Zhu Danfeng, a senior analyst at the China Brand Research Center. He pointed out that comparable wines from some of those other countries are cheaper than counterparts from France, meaning importers can make more money by selling such products at similar prices after importation.

“French wines were the earliest to enter China. But there is a definite difference in prices for French wines and other wines, for example from Chile, Spain, South Africa and Australia,” he said. “So after a period of explosive growth for this group, due to differences in price, many importers don’t want to do business in French wines. They prefer to use other countries’ wines that aren’t so expensive, and thus these wines have taken the place of French wines.”

He predicted French wine imports will continue to decline as the more recent arrivals nibble away at their market share. He also pointed out that Chinese wine consumers are less discerning than in other parts of the world, and thus are less likely to insist on French wines over products from other countries.

“They don’t really understand wine,” he said. “They tend to look at a range of things, from the packaging to the price.”