By Shen Xinyue and Coco Feng 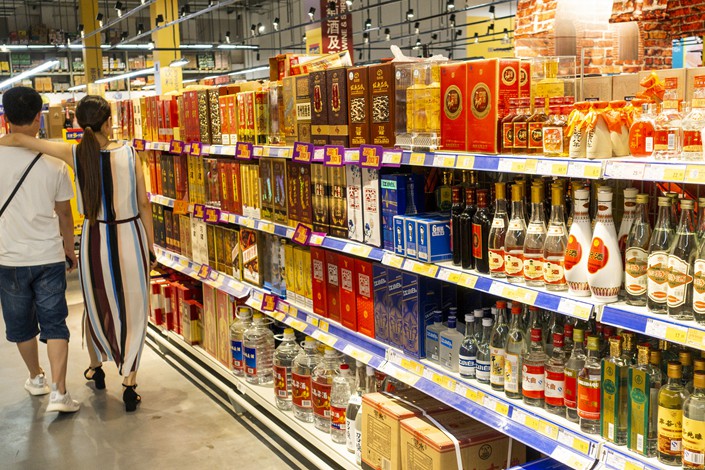 Major Chinese liquor producers have another reason to toast their own success after the industry posted a record total profit last year.

According to the National Bureau of Statistics, the country’s leading liquor-makers saw their profit for the first six months of the year surge over 37% on average, with the industry’s total profits hitting 63 billion yuan ($9.25 billion).

The higher profits were partly attributed to price hikes. In wake of higher costs of raw materials such as grains, Kweichow Moutai in January initiated its first price hike in five years. It lifted the factory-gate price of a flagship bottle by 18% to 969 yuan, resulting in a 15.4% rise in its retail price to 1,499 yuan. Wuliangye and Luzhou Lao Jiao later followed suit.

The liquor industry has been hit hard since 2013, after Beijing launched an anti-graft campaign that sent fears through the sector, as China’s most popular tipple — baijiu — is a popular gift and social lubricant for deal-making.

The industry, whose companies are mostly state-owned, has undertaken measures to improve their bottom line. These include bringing in executive shareholders and private capital to boost productivity, streamlining brand offerings and expanding online sales.

According to Song Yushu, secretary-general of the China Alcoholic Drinks Association, the industry showed signs of recovery in the second half of 2016 before posting a record combined profit of over 100 billion yuan in 2017.