Regulator Denies Location of Third Shanghai Airport Has Been Chosen 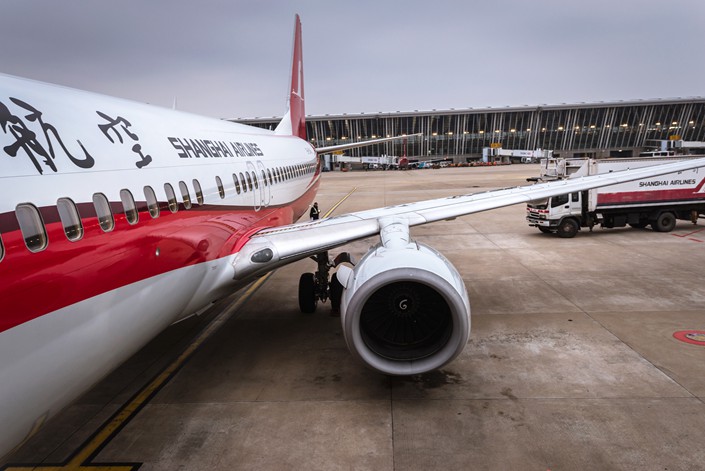 *Third airport thought necessary for China’s most populous city to compete with Beijing, which will have greater air travel capacity than Shanghai when it opens its second airport, in Daxing, later this year

(Beijing) — Local governments in and around Shanghai are vying to be home to a planned third airport to serve the municipality.

However the state-run Shanghai Securities News seems to have jumped the gun when it reported last week that Nantong, Jiangsu province, about 120 kilometers (75 miles) north of the city, had been officially chosen as the home to the new airport.

The report said that Nantong, which is already home to one civilian airport, will be home to a new 20-square-kilometer (7.7 square mile) airport.

But officials from the Civil Aviation Administration of China took the wind out from under Nantong’s wings when they quickly dismissed the newspaper’s report.

An official from the association’s eastern China bureau said Nantong is just one of several candidates for the new airport, including Kunshan, Jiangsu; Jiaxing, Zhejiang province; and Shanghai’s own Chongming district.

The location for the project is still under discussion and a final decision is yet to be made, Jiangsu’s transportation authority said later.

A third airport for Shanghai was proposed years ago to relieve the burden on the city’s two existing airports, Shanghai Pudong International Airport and Shanghai Hongqiao International Airport. Together the two airports handled a combined 112 million passengers in 2017, making Shanghai the fifth city to witness 100 million annual flights after London, New York, Tokyo and Atlanta.

Strong growth is expected to continue for decades to come, with the Shanghai government forecasting the metropolis will see 290 million trips by 2040.

A third airport will also be important for China’s most populous city to improve efficiency and compete with Beijing. This year, the Chinese capital is scheduled to open its second airport — the gigantic Beijing Daxing International Airport — which will mean the northern city will have a greater air travel capacity than its east coast rival.

China has been on an infrastructure spending spree over the last decade, with a total of 234 airports built across the country. In December, China’s aviation regulator said it is aiming to almost double the number to 450 by 2035.