Central Bank to Roll Out More Support for Bank Borrowings 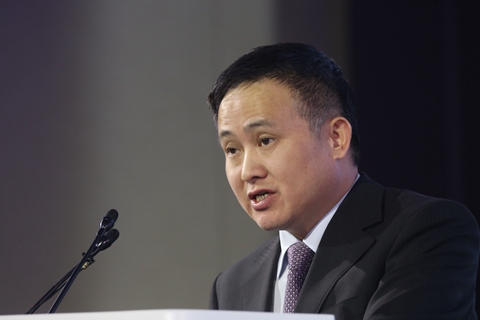 The monetary authority is considering steps to further support banks’ borrowing through the issuance of perpetual bonds, including an expansion of the investor base for such bonds, Pan said at a press briefing. The bank is also studying ways to broaden the venues where investors can buy bank bonds to include bank counters.

Qualified banks could issue capital replenishment bonds abroad, and regulators could allow qualified long-term investors such as mutual funds as well as high net-worth individual investors to invest in such bonds, Pan said.

The central bank last month approved the first perpetual bond issued by a Chinese bank, granting a green light to Bank of China to sell as much as 40 billion yuan ($5.8 billion) of such bonds.

Perpetual bonds are a type of debt that doesn’t have a fixed maturity and can pay interest to investors forever if needed. The bonds are commonly used globally by banks to replenish capital.

Policymakers in recent months have issued a slew of policies supporting the issuance of perpetual bonds and other measures for banks to bolster capital as the banking sector faces growing pressures from rising bad loans in a cooling economy and government calls to expand lending.

China’s top banking and insurance regulator announced shortly after that it would allow insurance companies to invest in perpetual bonds and Tier 2 capital bonds issued by certain banks to bolster the banking industry’s capital and diversify insurance funds’ investment portfolios.

The central bank will soon begin conducting CBS operations and will charge fees based on market rates, said Sun Guofeng, head of the PBOC’s monetary policy department, at the same briefing.

Pan reaffirmed a previous central bank statement denying speculation linked the bill swap system with “China-style quantitative easing.” The swap will not involve base currency flow and thus will have a neutral impact on liquidity of the banking system, Pan said.

The central bank is also studying allowing perpetual bonds to be converted into equity as more banks prepare to sell such bonds, Pan said.

The central bank will work with relevant government departments to further improve the policy framework on perpetual bonds and support banks’ efforts to replenish capital via various channels to enhance their ability to support high-quality growth of the real economy, he said.

Chinese banks’ capital adequacy has remained at a high level with adequate capacity to cushion risks, said Cong Lin, head of the law and regulation department at the China Banking and Insurance Regulatory Commission, at the briefing.