Xiaomi Tries to Go Up-Market Ahead of Smartphone ‘War’

By Tang Ziyi and Hou Qijiang 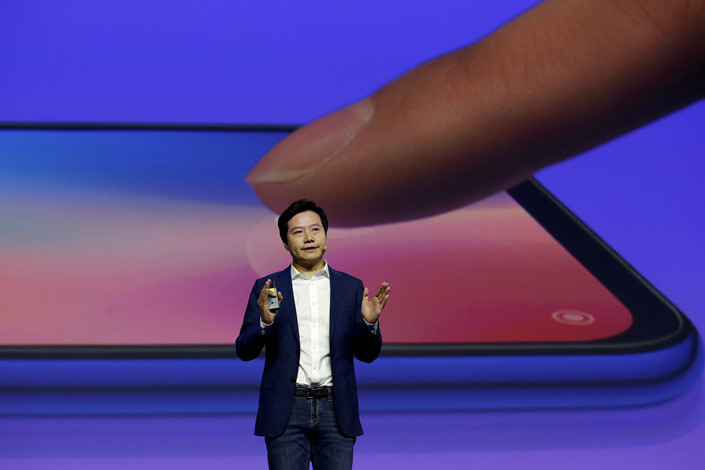 The smartphone-maker launched its latest model, the Mi 9, in Beijing on Wednesday, with a starting price of 2,999 yuan ($441) — making it the most expensive Xiaomi “flagship” phone to date.

It comes as the company heads into a year when China’s smartphone market will be “the most intense warzone,” co-founder and CEO Lei Jun told reporters after a launch event in Beijing on Wednesday.

The Mi 9 could well be the company’s last flagship phone with a starting price less than 3,000 yuan, Lei said at the launch.

The company is eyeing the high-end market as part of its multi-brand strategy.

Lei said Xiaomi would now pivot to produce phones that emphasize innovation and user experience, while its spinoff Redmi brand would emphasize “value for money.” The Redmi brand typically prices its phones under 1,000 yuan.

Xiaomi had long touted its products as offering value for money with a low price strategy as one of its selling points. But the decision to spin off Redmi could help Xiaomi shake off its image as a low-end smartphone brand, IDC analyst Wang Xi told Caixin in January.

The smartphone-maker has other brands that target different market segments. Xiaomi licensed selfie app operator Meitu’s branded smartphones and its popular photo-editing apps last year. It also launched Black Shark, a smartphone brand for gamers, and Poco, which targets the higher end of the market.

The launch comes after Xiaomi sales in China plunged amid a downward slide in the industry. The China market, which declined 10.5% year-on-year in 2018, has tallied five consecutive quarterly contractions.

For the fourth quarter, the China market contracted 9.7% year-on-year as 103.3 million units shipped, while Xiaomi’s China shipments dropped 34.9% to 10.3 million.

But Xiaomi’s largest domestic rival Huawei saw its sales for the same period surge 23.3% to 30 million units, giving it 29% of the market.

Huawei in October launched its Mate 20, with a price starting at 3,999 yuan in China.