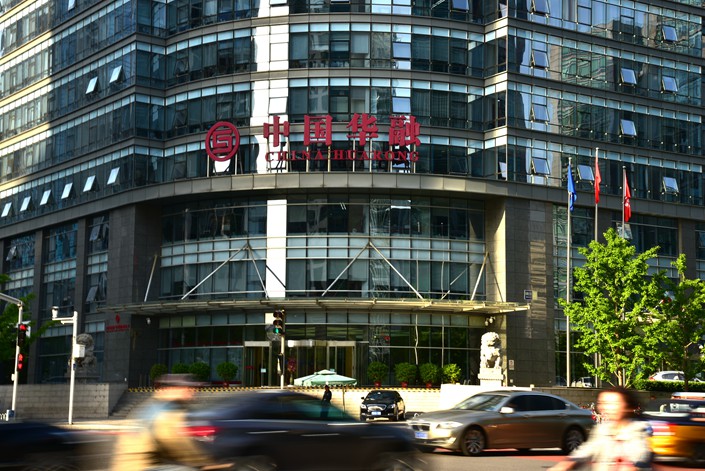 China Huarong Asset Management Co. Ltd., one of the nation’s “big four” state-owned bad-asset managers whose former chairman is awaiting trial for corruption, said Thursday that its net profit in 2018 may have plummeted by as much as 95%.

The Hong Kong-listed company is expected to record a 90% to 95% year-on-year decrease in net profit attributable to shareholders, due to the depreciating valuation of some of its financial assets, losses suffered by its non-financial subsidiaries as the firm withdraw from noncore businesses, and an increase in interest payments for loans, China Huarong said in a statement.

The announcement came after the company posted a 95% drop in net profit in the first half of last year to 684 million yuan ($101.8 million).

Huarong International Financial Holdings Ltd., a subsidiary of China Huarong that is also listed in Hong Kong, in a Thursday statement warned its shareholders of “a material net loss” last year. It added the shortfall would widen by about 30% from the HK$1.16 billion ($147.8 million) recorded in the first half of 2018. The company attributed the poor performance to the higher amount of cash it has to set aside to cover potential losses from various financial investments and changes in the valuation of its financial assets, due to “the complex and volatile economic environment” and the downturn in Hong Kong’s securities market in the second half of last year.

Lai Xiaomin, China Huarong’s former chairman, was placed under investigation by the Communist Party’s anti-graft watchdog last April. Investigators found 270 million yuan in cash at several properties owned by Lai, the largest amount involved in any corruption case to hit China’s financial sector since the People’s Republic was founded in 1949, Caixin learned from sources earlier. Lai has been indicted for multiple offences including taking bribes and bigamy. In January, four other former senior Huarong executives were arrested by prosecutors on suspicion of corruption.