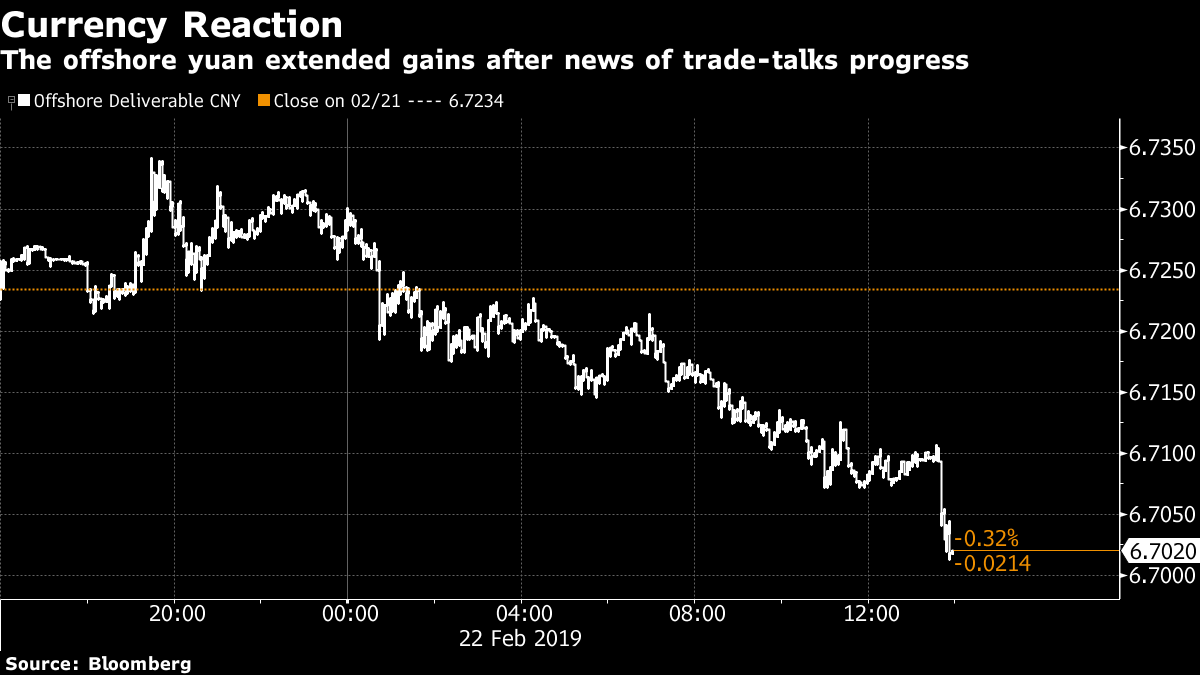 (Bloomberg) — A Chinese delegation led by Vice Premier Liu He will extend this week’s visit to Washington as trade talks with U.S. officials show signs of progress including an agreement on currency policy.

This week’s round of talks were supposed to end Friday, but Liu extended his stay by two days. U.S. President Donald Trump praised the Chinese envoy during a meeting in the White House and said he could meet his counterpart Xi Jinping in the “not-too-distant future.”

Speaking through an interpreter, Liu said a deal with the U.S. is very likely to happen. Trade Representative Robert Lighthizer, who is leading talks for the White House, said the two sides have made progress on structural issues related to the Chinese economy but still have major hurdles to overcome.

Trump and Treasury Secretary Steven Mnuchin said the two sides plan to continue meeting through the weekend and the Chinese delegation would depart on either Sunday night or Monday. Trump also reiterated his previously stated view that he was open to extending a March 1 deadline to reach a deal, after which the U.S. was set to impose new protectionist tariffs against Chinese imports.

The two sides did agree on a currency provision, Treasury Mnuchin said at the meeting, without elaborating. Bloomberg News reported this week that the U.S. was asking China to keep the value of the yuan stable to neutralize any effort to soften the blow of U.S. tariffs.