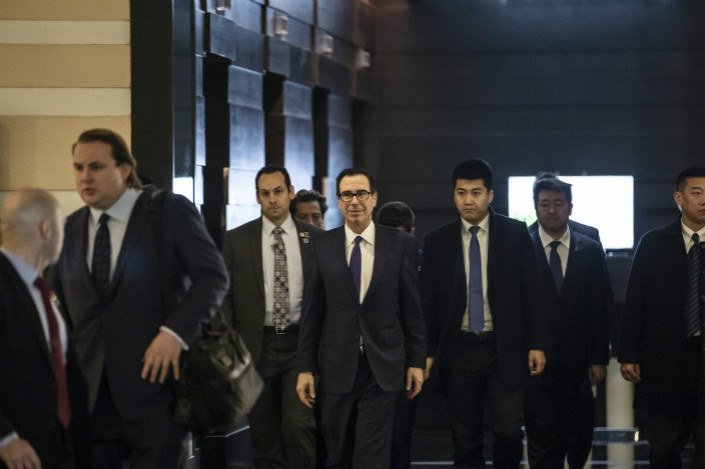 U.S. delegation at the previous round of trade talks in Beijing. Photo: VCG

Officials from China and the U.S. are back at the negotiating table for their latest round of high-level trade talks in Washington as they race to strike a deal before a March 1 deadline expires in their 90-day truce.

The two days of talks start Thursday at the Eisenhower Executive Office Building of the White House, marking the seventh round over the last 12 months. They follow the previous round of negotiations that ended in Beijing earlier this month.

The U.S. team is being led by Trade Representative Robert Lighthizer and Treasury Secretary Steven Mnuchin.

Reuters reported the two countries have started to outline commitments in principle on the stickiest issues in their dispute, making major progress toward ending the seven-month trade war.

The broad outlines of what could become a final agreement are beginning to emerge from the talks, covering issues including forced technology transfers and cyber theft, intellectual property rights, services, currency, agriculture and non-tariff barriers to trade, said the Reuters report, citing unidentified sources.