By Peng Qinqin and Yang Ge 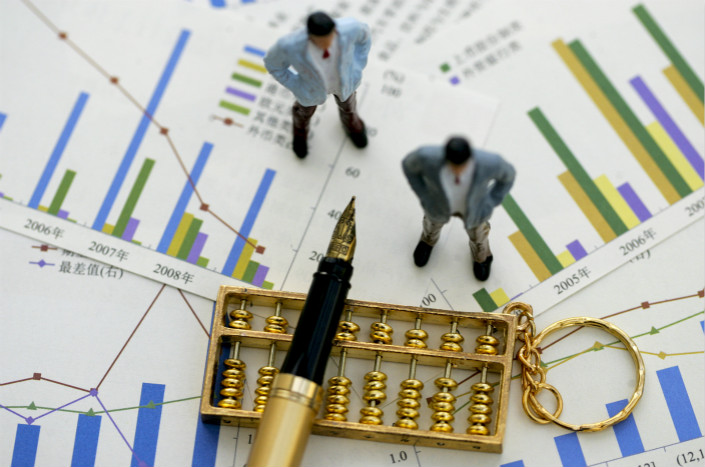 State-owned Qinghai Provincial Investment Group Co. Ltd. missed an interest payment Friday on $300 million of offshore U.S. dollar-denominated bonds, the first such default in more than 20 years. The enterprise in the interior Qinghai province also failed to repay a domestic note due Monday.

The group’s failures to pay on time join a parade of defaults by Chinese companies amid a broader cooling of the economy. In the past, government entities frequently bailed out such enterprises to avert defaults, but the current wave of missed payments suggests that investors are now expected to shoulder more responsibility.

The missed payment of $10.9 million on offshore debt by the Qinghai state-owned enterprise (SOE) was the first such SOE default since a high-profile case in 1998 involving Guangdong International Trust & Investment Corp. (GITIC) during the Asia financial crisis. The $300 million of Qinghai Provincial Investment bonds underlying the missed payment mature next year.

Following that default, the Qinghai SOE failed to repay a 20 million yuan ($3 million) one-year private placement note that was due Monday. That note was underwritten by Huaxia Bank and carried an interest rate of 7%.

Some investors had expected that the Qinghai SOE, whose main businesses include aluminum and hydropower production, might receive support from the national State Power Investment Corp. Ltd., which last month signed a strategic partnership agreement with the Qinghai government.

Following that tie-up, Qinghai Provincial Investment Group’s U.S. dollar bonds jumped from the $80-plus range to more than $90. The price plunged from $93 to about $70 after the defaults before rebounding to $83 as investors waited to see whether the government would step in to bail out the company. Similar offshore bonds backed by other big SOEs held largely stable after the Qinghai defaults.

Founded in 1993, Qinghai Provincial Investment Group is one of two main enterprises of the provincial government of Qinghai, one of China’s poorest provinces located in the country’s interior next to Tibet. Market players said they will be watching closely to see whether the provincial government will bail out the company, which has previously warned it “faces pressure” repaying short- and long-term debt, reflecting its relatively high debt-to-asset ratio .

One domestic debt market participant pointed out that aluminum and hydropower projects require big investments and have long construction periods and that profits in those industries have weakened.

Last year Qinghai Provincial Investment Group had two other $300 million bonds that matured and were paid off at the last minute despite the company’s financial weakness. Market observers say they think the provincial government facilitated the payments. But the two recent defaults involved relatively small amounts, leading to speculation that the missed payments might signal the provincial government’s waning determination to support the company.

Just last June the company received a core credit rating of AA from CSCI Pengyuan Rating Co. Ltd., one of China’s oldest domestic credit rating companies. That rating was the service’s second-highest, indicating a high degree of safety and low risk of default.

But credit rating companies have come under fire lately after revelations that good ratings can often be purchased regardless of a company’s true creditworthiness. Dagong Global Credit Rating Co. Ltd., one of China’s five main credit rating companies, was suspended from the debt rating business for one year in August over conflicts of interest and other violations. The order was the harshest punishment levied by regulators on a major intermediary agency.