Keyu Jin: China in the New Era of Transnational Networks 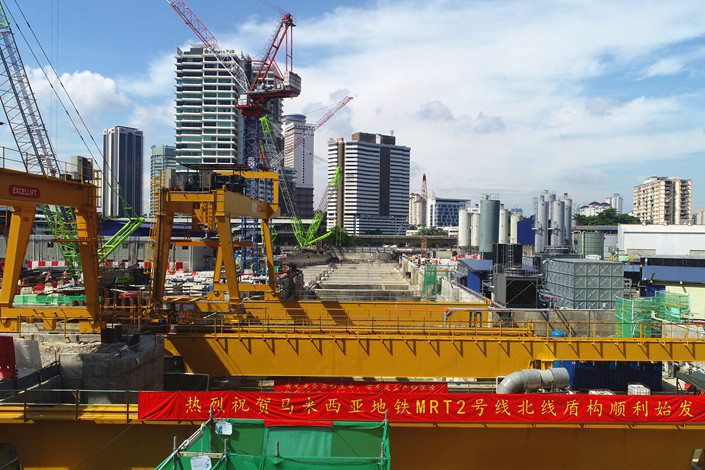 The world has reacted with scepticism to China’s increasingly active efforts in the global arena, whether it is the Belt and Road Initiative, investments in Africa, or the China-Pakistan Economic Corridor. Many parts of the world see this as China’s attempt to strive for “world domination.” Such attitudes have significantly hampered many efforts that are charged with good intentions.

China should not seek to be another world hegemon. The world should not have an order ranking of powers, with China being No. 2 striving to compete with American the No.1. In this new age of global networks and linkages, the traditional concept of hegemon has changed. A hegemon is no longer a superpower who sets rules and all other countries adapt. In the world of networks, a superpower initiates, expands, propels global networks and ensures their protection. In this case, China should not seek power in the traditional sense, but should cast itself as the world’s most connected component — the most successful global networker.

What has changed about the world today from that of yesterday is that we live in a world of networks: technology, firms, banks, global supply chains, and even the English language. Whether it is the Red Cross, agreement to tackle global climate change, or international financial systems and global supply chains, these efforts are of a transnational nature. Even concerns over the looming challenges such as technology driving away workers, or artificial intelligence outsmarting humans are issues not between states but among them.

The global economy is now more interlinked and interwoven than ever before. First, substitution and competition are giving way to complementarity and cooperation. Cheap labor in developing countries became an important asset when technology advanced and trade costs fell, oil from Middle Eastern countries was useless 150 years ago but is a critical input to the world’s output today, rhodium and lithium are now valuable only because the world needs batteries to produces electric cars. The network and linkages make country-specific inputs and products more valuable, which in turn makes the networks and linkages more valuable. We are no longer in a world of zero-sum games, but one in which one country’s welfare directly impacts that of another.

This means that connectivity is more important than ever before. Initiatives like the Belt and Road help build links across countries and help accelerate development. Without connectivity, Azerbaijanis would still be eating their own beluga caviar for protein. Now, they can lead more prosperous lives by selling it at exorbitant prices to the rest of the world.

But building linkages on an international scale is difficult. A host of cross-border frictions and distortions abound — be they political, informational, or incentive issues. Also, smaller and poorer countries may not have the capacity and finances to build these linkages. In this case, a large country can step in to absorb some of these risks and mitigate these distortions. China should step up to label itself as a supporter and leader of global networks.

A historical example illustrates why being the central component of a network is sometimes better than being the most dominant. The Medici family in 14th century Florence was by no means the wealthiest nor the most political powerful. But it was the most connected component of the network of family intermarriages, economic relationships and political patronages. They eventually surpassed everyone else and became the “fathers of the Renaissance.”

There is reason to become that most connected component in the modern world of networks. First, China derives perhaps more benefits from anyone else in a world of interweaving and open networks. It likes to see open trade, open IT infrastructures that uses Chinese technology, and the ability to influence global cooperative initiatives, such as multilateral banks and global climate change.

Moreover, by enmeshing itself as an indispensable component in the global system, it can have a more secure position — devoid of threats of being ousted by the global system simply because the U.S. is threatened by China’s rise. By being a network leader, China will have more effect power and security than by engaging in traditional competition and rivalry with America.

But this means that China has to bear a greater burden and cost in supporting the global networks, just as the U.S. bears the brunt of burden for NATO defense spending. As the U.S continues to pull back from critical responsibilities in the world, China should do the opposite. Its destiny should not only to become the largest economy — and a rich one to boot — but also to recognize the duties and rewards in designing such an architecture that enables others to flourish as it has flourished, that permits greater integration and mobilization as it has integrated and mobilized, and where one country’s success begets another’s.

Keyu Jin is a professor of economics at the London School of Economics, a member of the World Economic Forum’s Forum of Young Global Leaders, and a member of the Richemont Group Advisory Board.