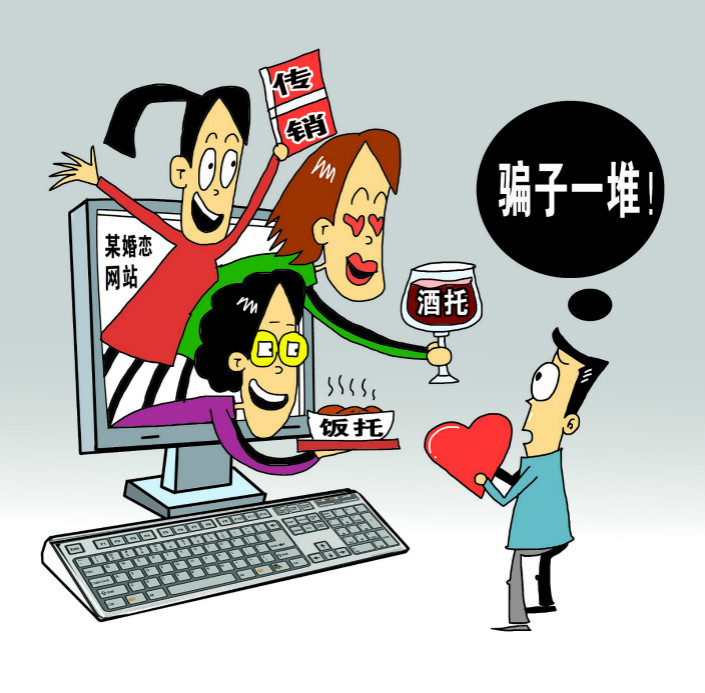 He thought he was getting the woman of his dreams. But a lonely 28-year-old math teacher surnamed Wu got more than he bargained for in a set-up that has attracted widespread attention involving Jiayuan, one of China’s leading match-making sites.

The resident of the eastern city of Hangzhou shelled out a hefty 10,000 yuan ($1,492) to sign up to Jiayuan’s VIP program, making him one of millions of young Chinese to turn to such services to find their ideal mate. He thought he’d found the girl of his dreams when the service paired him with a 31-year-old surnamed Zhu, who said her father was head of a major publicly traded company and listed her college as the prestigious Peking University.

He told a local TV station Zhu asked him for an expensive ring on their second date to prove his affection. On their third date, she asked for a pricey gift for her mother. Wu quickly burned through 30,000 yuan within three days of dating trying to keep his Juliet content.

But the requests for gifts kept coming, and Wu grew suspicious as his wallet grew lighter. He finally got in touch with the local Jiayuan office, which informed him last month that the woman’s identity was real. Unconvinced, Wu managed to find the woman himself and confirmed she wasn’t a Peking University graduate, and was a divorcee with two kids, according to the Global Times.

In its latest statement on Monday, Jiayuan promised to compensate Wu and issued an apology, saying the woman had fabricated her identity. Jiayuan is also pressing a civil charge against the woman.