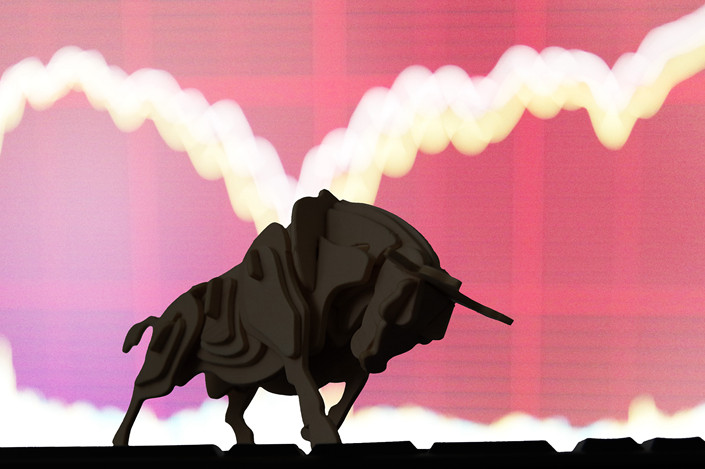 Although the mainland stock market has long been considered irrational, we should not forget the lessons we learned from the crash of 2015. Photo: VCG

It looks like deja vu all over again for the Chinese mainland stock market. Excited and agitated, every investor in the country wants in on the action.

“No one cares about the macroeconomic situation now, because the stock market is surging,” said an old colleague of mine, who is doing macroeconomic research for a brokerage.

His words reminded me of 2015, when something similar happened. Economic growth was slowing. Authorities were outspoken in their support of the markets. Stock prices were rising, leading to an increase in the market’s valuation, even as companies reported weakening profits. At the time, there were only two groups of investors: those who thought the market would go up, and those who thought the market would definitely go up. No one wanted to question the bull market.

Indeed, regardless of how you look at that time, we have better investment opportunities in 2019 than we had in 2018 or in the preceding years. However, today’s investors still look way too optimistic, as they expect the market to rise even higher, which is dangerous. If the market frenzy gets as bad as it did in 2015 or 2007 (in the run-up to the global financial crisis), investors are likely to take huge losses.

However, many people failed to recognize two of the most significant differences between today’s market and the markets in 2007 and in 2015. One is that companies’ earnings were much better in 2007 than they are now. The strong earnings were backed by China’s lightning-fast economic growth of 14.2% that year. In the intervening years, however, China’s economic growth has been slowing. Despite policymakers implementing a rash of pro-growth policies from 2014 to 2016, the growth rate never bounced back to above 7%. Company earnings were OK in 2016 and 2017 due to rising product prices rooted in supply-side reforms and increasing asset prices caused by loosening financial regulations. Both of those characteristics are growing less and less prominent in the current markets.

The current markets also don’t have as sufficient capital as they did in 2015. Although companies’ earnings were weak at the time, the leverage ratios were high. Investors had almost a free hand to use leverage to buy more stocks. However, profound changes in the regulatory environment have made the 2015 situation impossible to repeat, at least for now.

Although the mainland stock market has long been considered irrational, we should not forget the lessons we learned from the crash of 2015.

First, policymakers want a healthy market, not a crazy market. Since Chinese stock markets have been in a bear market for a while, some insiders want to change the status quo by selectively emphasizing positive signs. Investors should not be fooled. Policymakers announced several policies to develop the financial industry, but won’t achieve the goal by creating a distorted bull market characterized by speculation and wild price swings.

Third, without solid profits, companies are not real bulls. The financial data platform Wind has an index tracking companies that have reported the big loss or missed expectations since January. That index has been rising. At the same time, however, the share prices of many companies in that index have somehow been going up. For instance, shares of game developer Zeus Entertainment, which reported a 7.3 billion yuan ($1.08 billion) loss with the market capitalization of 4.4 billion yuan, have risen 37% in February. This isn’t terribly unusual, as speculation always exists, but we should not forget that speculation is risky. In 2015, shares of Shenzhen Tellus Holding, a car sale and maintenance company, were trading at 200 yuan at their peak during the bubble. The stock now trades for about 30 yuan a share.

Fourth, it’s not difficult to make money in a bull market, but it’s hard to know when to get out. Many experienced investors lost a lot of money because they failed to exit the market at the right time. They always felt stock prices would continue to rise.

Fifth, investors should be alert to leverage ratios and stay away from unregulated margin financing. In 2015, margin financing accounted for almost 40% of the value of all trades. The large amount of margin financing caused share prices to rise at an irrational pace, but also left the market vulnerable to rapid selling when prices started to fall.

We shouldn’t forget the lessons of the 2015 stock market crash. Most investors, rather than profiting from the bull market, ended up losing big.

Guan Qingyou is the founder of Real Capital and a senior researcher at the China Society of Economic Reform, a government-linked think tank.