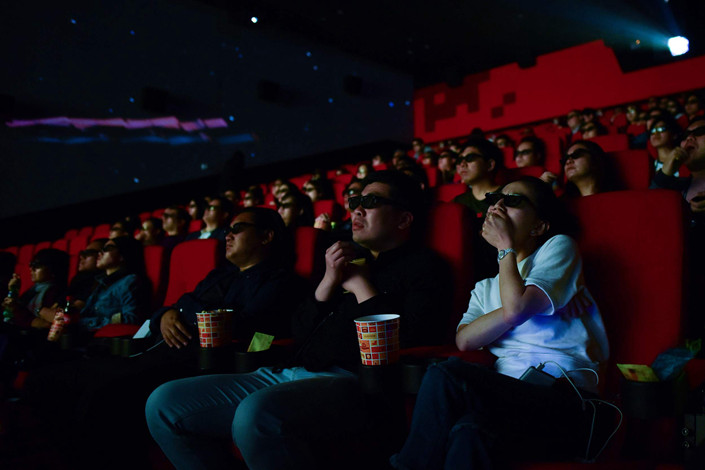 Wanda Film Holding Co. Ltd., a subsidiary of conglomerate Wanda Group, reported profit of 1.29 billion yuan ($195 million) in 2018, down 14.72% from the year before, on revenue of 14.1 billion yuan, the Shenzhen-listed company said on Thursday (link in Chinese). Wanda Film is China’s largest cinema operator with 516 theaters and 4,571 screens.

Shenzhen-listed major film studio Huayi Brothers Media Corp. shifted into the red, with a net loss of 986 million yuan last year, compared to 828 million yuan in profit in 2017, according to its annual financial report (link in Chinese). Its revenue fell 1.23% to 3.9 billion yuan.

This is despite record box office takings last year, with the industry’s total revenue rising 9% to 60.98 billion yuan, according to the State Film Administration. Domestic movies contributed 62% of revenue, up from 54% in 2017. China added nearly 10,000 movie screens last year, pushing the total up to 60,079 — the most in the world.

Wanda Film attributed its sluggish performance to the slow embrace of cinemas in new markets amid “fierce competition.” Huayi said some of its major productions, such as “Detective Dee: The Four Heavenly Kings,” a lavish fantasy flick set during the Tang dynasty, failed to live up to expectations at the box office.

Separately, Wanda Film said on Wednesday it had finally closed a 10.5 billion yuan deal to buy a 96% stake in the film studio Wanda Media, another Wanda Group subsidiary, after clearing a regulatory hurdle from the China Securities Regulatory Commission. The deal was first proposed in May 2016, but has been held up due to the regulator’s concerns about Wanda Media’s shareholder structure as well as the Wanda Group’s excessive leverage.

Wanda Film previously said Wanda Media would have a net profit of no less than 673 million yuan in 2018.