By Liu Yanfei and David Kirton 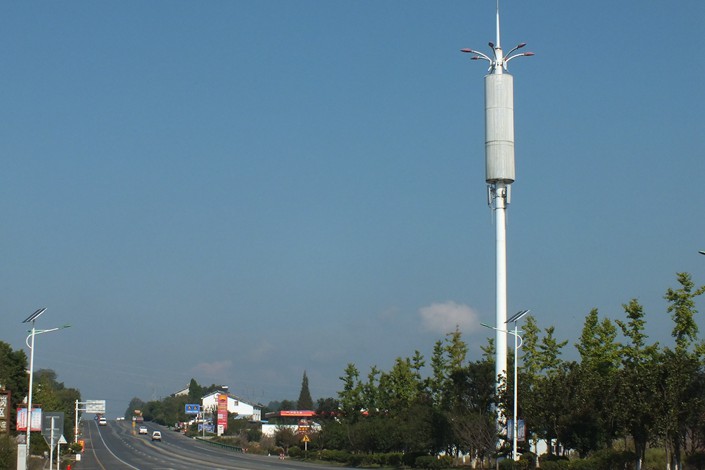 A China Tower base station in Yichang, Hubei province on Oct. 22. Photo: IC

The stock market appeared to register some disappointment with the results, with the company’s shares falling 2.1% in Monday trading on the Hong Kong Stock Exchange and closing down a further 1.62% Tuesday.

The company, which is the world’s largest operator of mobile telecommunications towers, had a much-hyped initial public offering in August last year that failed to live up to expectations despite raising at least HK$54.3 billion ($6.91 billion). This appears to be because China’s mobile telecommunications are largely developed, with their being little need for new base stations.

Capital expenditure should see a modest rise in 2019 to around 30 billion yuan, with most of the money going towards supporting 5G pilot tests, the company’s chairman and general manager Tong Jilu said. While there is much excitement about China’s development of the technology, it is still difficult to grasp at the beginning of the year how much money the company will need to invest in order to support the needs of the three major operators, he added.

The big three operators are expected to be heavy investors in 5G coverage and have already experimented with 5G networks in 23 cities across 19 of the country’s provincial-level regions. Yet Tong did not disclose how many orders the company had so far for developing full 5G sites.