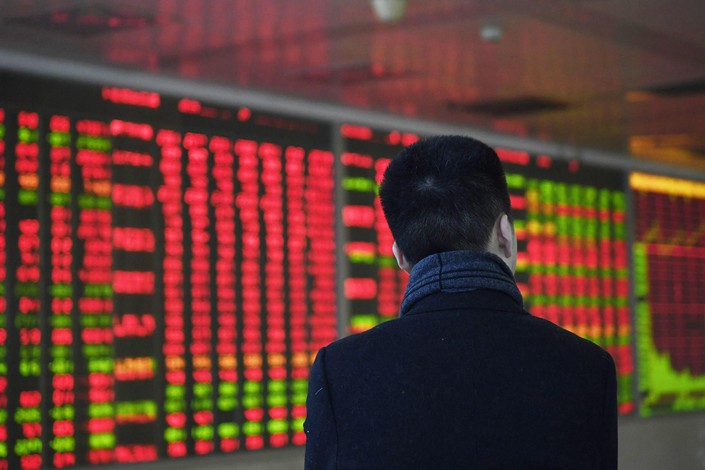 Global index compiler MSCI Inc. said listed companies approaching the overseas ownership limit would have their A-shares removed from its China indexes or have their weighting cut, citing “investability” issues.

The announcement came one day after Shenzhen-listed Han's Laser Technology Industry Group Co. Ltd., a manufacturer of laser products, was cut off from foreign investors as it approached the 30% upper limit for overseas ownership of listed companies set up by the Chinese regulators.

“In light of potential investability issue for investors due to low foreign room which impacts Stock Connect accessibility,” MSCI said in separate statements it made on Thursday, the index compiler would remove Han's Laser from its MSCI Global Investable Market Indexes and MSCI China All Share Indexes starting March 11. For similar reasons, MSCI will also cut the inclusion factor of Midea Group Co. Ltd., a home compliance giant, in the two indexes.

MSCI said it will “further clarify the treatment of Stock Connect securities with low foreign room as soon as practicable.”

Mainland blue-chips including Han’s Laser, Midea Group and Shanghai International Airport Co. Ltd. have seen unprecedented amounts of their stock purchased by overseas investors since the start of 2018, as sentiment has been boosted by recent financial opening-up measures, eased trading restrictions and MSCI’s decision to significantly boost the weighting of A-shares in its global benchmark indexes last week.

In the first two months of 2019, global investors bought more than a net 120 billion yuan ($17.8 billion) in mainland shares though the Stock Connect, a strong start considering that the figure was 300 billion yuan for all of 2018.

Analysts said the 30% purchase limit will impact future inflows from overseas investors, but the problem will only be significant when it comes to the small number of shares that are very popular.

“Some 50 top-weighted stocks have received nearly half of the net inflows from foreign investors this year, so we have started to see that some of the shares are now reaching the purchase limit,” said Gao Ting, head of China strategy at UBS Securities, at a telephone conference on Thursday. “If this situation continues to appear, I think it will be necessary to have more talks about easing the restriction.”

Ethan Wang, head of investment strategy at Standard Chartered China, said that the 30% restriction might trigger a hunt for other quality stocks in the mainland market, and lift the overall demand for A-shares among overseas investors. Wendy Liu, head of China equity strategy at UBS, echoed the view that the market may see overseas investors broadening the pool of A-shares they invest in as some preferred names hit ownership limits.

Under the current regulations of the Chinese Securities Regulatory Commission (CSRC) and the Shanghai and Shenzhen exchanges, overseas ownership of any listed Chinese company cannot exceed 30%, and buying of stocks through the Hong Kong Stock Connect programs is halted after ownership reaches 28%. China set the ceiling on overseas stakes of a single mainland stock at an initial 20% in 2002, and later raised it to 30% for investors under the Qualified Foreign Institutional Investor (QFII) program in 2012. The limitation was adopted by the Stock Connect in 2014.

Internationally speaking, such limitations have been gradually scrapped in developed markets such as Taiwan and South Korea, during the process of market reform and opening-up.

Luring overseas investment is at the top of the agenda for financial policymakers this year, with policies to open up the domestic market coming thick and fast. In January, regulators doubled the investment limit for participants in the QFII program to $300 billion. It also approved Swiss Bank UBS Group to be the first foreign financial institution to hold a majority stake in a mainland securities joint venture.

CSRC Vice Chairman Fang Xinghai said in January that he expected an increase of roughly 600 billion yuan in overseas investments in mainland stocks in 2019, nearly double the 2018 increase.