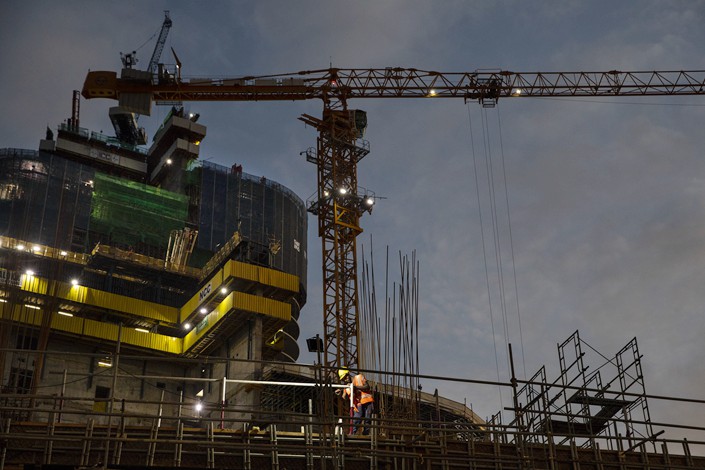 A mall designed by a Chinese firm under construction in Colombo, Sri Lanka, on Nov. 20. Photo: VCG

Security is a “bottleneck” in the way of developing Belt and Road Initiative projects, the chief executive of a leading private equity firm said as he urged greater investment in the area at the annual meeting of the nation’s top political advisory body.

The Belt and Road is an initiative led by Beijing to link China to other parts of the developing world, with ambitious infrastructure and trade dimensions.

Overseas Chinese projects are heavily reliant on embassies and consulates to provide security protection, Zhang said. But limited budgets and resources mean such protection is insufficient, he added.

Security-related spending for overseas Chinese projects accounts for a fraction of total spending, and less than that of China’s Western counterparts, Zhang said.

Out of China’s roughly 4,000 security contractors, only 20 operate in overseas markets. Their overseas contracts totaled less than $3 billion, or 1.5% of the the world’s total, a figure that is far too small regarding its economic status, according to Zhang.

Zhang called for better coordination between government departments and support for the development of private security firms. He proposed establishing a national fund with a focus on overseas security projects.

He added that China should use its native Beidou satellite navigation system to establish its own “global command center.” The Beidou system will allow Chinese companies to acquire a massive amount of security information in overseas markets without relying on Western technologies, he said.