By Wang Mengyao and Liu Jiefei 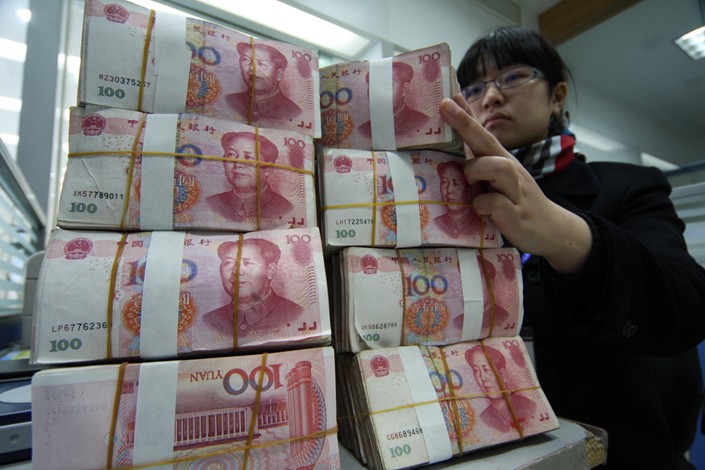 Some local governments have borrowed more money off-the-books than the total legal amount the Ministry of Finance allows them to borrow through official channels, a senior lawmaker has said.

Local governments’ off-the-books borrowing, or hidden debt, refers to liabilities they take via local government financing vehicles, public-private partnerships and government procurement contracts, and that they promise to pay back with fiscal revenues. Since the new budget law took effect in 2015, taking on such debt violates the rule that local governments can only raise money by issuing bonds.

Hidden debt is considered to be riskier than officially reported borrowing due to the lack of clarity.

The results of the survey haven’t been finalized as some of the data still need to be verified, he said.

Curbing excessive borrowing by local governments, as well as by financial institutions, businesses and individuals, has been a key issue in China’s deleveraging campaign, which started in 2015.

To control hidden debt, the banking and insurance regulator has been working with the Ministry of Finance to establish a data system to monitor local government debt, including their off-the-book borrowing. Initial figures obtained by the authorities while preparing for the system showed the hidden debt of most provinces was 1.5 to 2 times larger than their reported budgets, people close to the regulators told Caixin previously.

As of December, outstanding official local government debt totaled 18.39 trillion yuan ($2.73 trillion), within a quota of 20.1 trillion yuan by the end of last year approved the NPC.

Last week, the Ministry of Finance proposed allowing local governments to issue 3.08 trillion yuan worth of bonds in 2019.