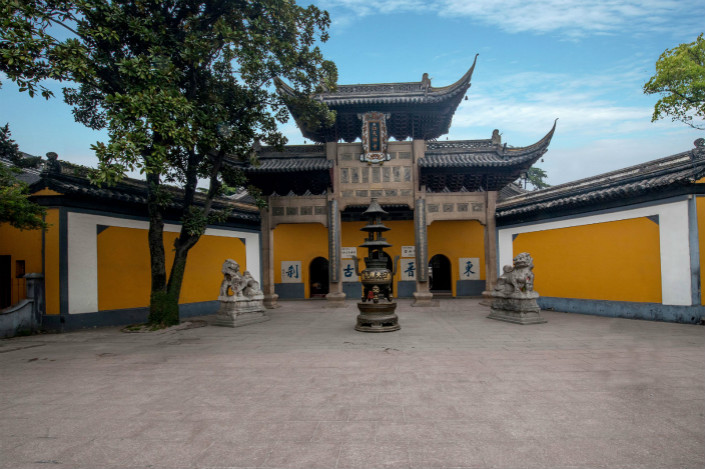 A temple in the east China city of Zhenjiang, whose off-the-books debt was nearly 14 times the city's 2017 general fiscal revenue. Photo: VCG

China’s banking regulator is working with the Finance Ministry to establish a data system for combing through the country’s local government debts, including hidden off-the-books borrowing.

The system will help to monitor banks’ and insurance institutions’ exposure to local government debt, said Liu Chunhang, director of the statistics department at the China Banking and Insurance Regulatory Commission (CBIRC), at a media briefing Thursday.

The regulators have basically completed compiling data on hidden local government debt as of December 2018, finding that most provinces had hidden debts of 1.5 to 2 times their reported debts, people close to the regulators told Caixin.

But determining the actual totals could be more daunting.

Since last year, to cope with slowing growth and trade tensions with the United States, China has allowed local government to speed up issuance of special-purpose bonds, which are excluded from local governments’ budgets, to fund infrastructure projects. Local governments were allowed to issue 1.35 trillion yuan of special bonds in 2018. The actual hidden debt total could only be higher than three years ago.

For example, Zhenjiang, a port city in the eastern province of Jiangsu known for producing fragrant black vinegar, had racked up off-the-books debts that were nearly 14 times the city’s general fiscal revenue in 2017, according to analysts. That’s the highest among all cities in Jiangsu, which is China’s second-largest province in terms of GDP and is one of the most debt-laden provincial-level regions.

Liu said one way to help local governments manage the mountains of debts is to “open the front door” by loosening restrictions on the sale of bonds.

Regulators in November issued a notice to broaden the number of venues at which individual and institutional investors can buy local government debt to include bank counters. A pilot program is expected to be launched in six provinces and cities starting in 2019. The aim is to encourage residents to invest in their local governments’ bonds to have a restraining effect on the use of funds from bond borrowings.