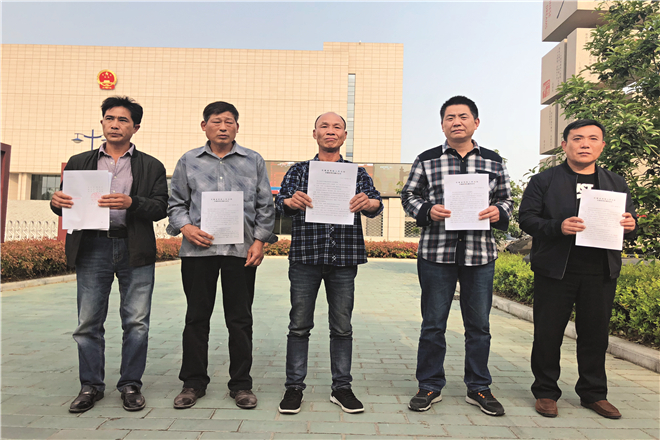 In 2018, China’s courts retried and amended judgments in 1,821 cases, including 10 “major” miscarriages of justice, Zhou Qiang, president of the Supreme People’s Court, revealed in his work report to the country’s top legislature Tuesday.

The state was ordered by judges to offer compensation in 15,000 cases, while 517 people charged by public prosecutors and 302 charged by private prosecutors were found not guilty, Zhou said.

One of the 10 major cases overturned last year was the case of the “five Zhous,” in which five men sharing the same surname were convicted of murder in 1999. A court in East China’s Anhui province retried the case in 2018, overturning the convictions and finding that the 1999 decision had been based on insufficient evidence and dubious witness statements.

Provincial governments have also been more forthcoming about acquittal numbers this year, with 23 governments releasing region-specific data on acquittals, compared to just eight last year. In all regions that released numbers on both acquittals and convictions, the number of convictions dwarfed the number of acquittals, In Shaanxi, for instance, 47 people were acquitted by judges last year, compared to 28,600 people who were convicted. In Jiangsu, 43 people were acquitted, including 11 who were acquitted of charges by public prosecutors, while 96,271 were convicted.

The fact that more provinces are disclosing the number of acquittals by their courts shows that local governments and party departments are increasingly recognizing the need to protect the rights of defendants while investigations are ongoing, Chen Yongsheng, a professor of law at Peking University, told Caixin.

But problems remain, according to Chen.

Witnesses in China frequently don’t make court appearances, which hinders judges’ ability to judge the authenticity of evidence, Chen said. The amendment of the Criminal Procedure Law introduced measures aimed at improving the likelihood that witnesses will appear in court, but the effect of these measures has been limited, Chen said.

Defense lawyers are also often blocked or deterred by public security organs through various measures from meeting with defendants, a trend that has been around since the implementation of China’s Criminal Procedure Law in 1996, and which has seen a spike in 2018, Chen said.

Chen said China’s judiciary could work to prevent miscarriages of justice by publicly releasing records of trial committees’ discussions and reasons for their judgments, which are currently not revealed to the public.