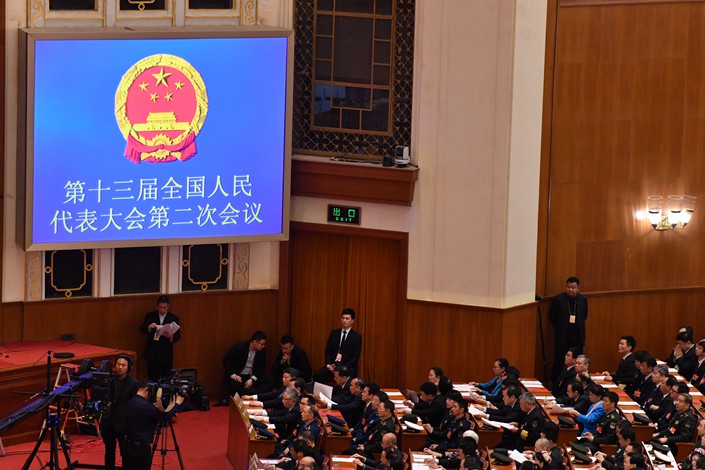 The changes in the disapproval rate for the top court and procuratorate’s reports have been widely watched.

In recent years, the disapproval rate reached a high in 2013, when more than 600 “no” votes were cast against the Supreme People’s Court’s report. The approval rate has been improving since then, as a wide-ranging campaign to crack down on corruption took off that year. The crackdown has seen a growing number of high-level officials being put under investigation for corruption.

The top court has also been seeking to correct wrongful convictions since then, though legal experts said more work needs to be done.