By Li Liuxi and Denise Jia 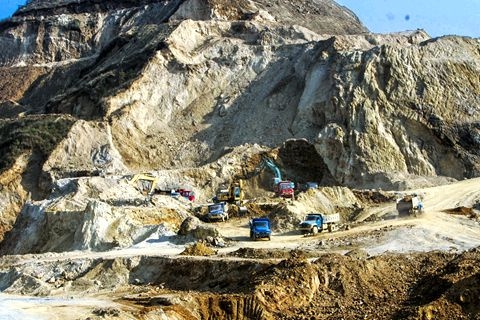 China became a net importer of several rare earth elements last year for the first time since 1985, according to a report by an industry research firm. That may continue this year as the government reduced first-half mining and refining quotas from 2018.

China accounts for more than 90% of the world’s supply of rare earth elements, 17 chemically similar materials that are used in products from electric vehicles to wind turbines to smartphones. They include neodymium for powerful magnets, lanthanum for camera and telescope lenses and cerium for catalytic converters. As the elements are also used in the defense industry, China imposes tight restrictions on exports by setting quotas for domestic producers.

China’s domestic rare earth output declined in 2018 amid a crackdown on illegal mining. Meanwhile, imports of rare earth oxides by the world’s top producer increased by 167% last year, according to the industry report from Adamas Intelligence. The research group estimated that China’s illegal production fell by 50% last year, creating a vacuum that was filled by record imports from Myanmar and the U.S.

As the world’s top producer, China rarely needed to import rare earths in the past, but the situation has changed since 2016, when the government took actions to upgrade and consolidate the industry.

Growth of China’s rare earths exports has slowed in the past two years while imports accelerated, data from the General Administration of Customs shows.

Last year’s second-half quotas were lower than in the first half, so the full-year quotas ended up at 120,000 tonnes for mining and 115,000 tonnes for refining.

China will announce the second batch of quotas, taking into account market demand, by the end of June, the two ministries said in the statement. If the second-half quotas for this year remain the same as for the first half, the full-year output will be flat with last year.