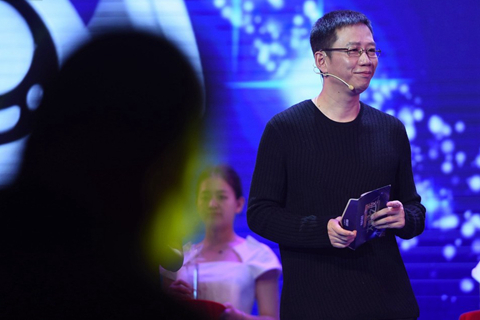 Tencent-backed WeChat is not just a social networking app — it's also a huge content production and circulation ecosystem that creates new business models and wealth for content creators.

Shenzhen-listed Qtone Education Group, an online education firm, announced Sunday it would make a share-for-share acquisition of “Wu Xiaobo Channel,” a WeChat account focusing on business analysis and opinion articles managed by Hangzhou Bajiuling Culture and Innovation — which is controlled by finance journalist Wu Xiaobo alongside his wife Shao Bingbing.

According to Qtone’s plan, the firm will issue new stocks and exchange them for 96% of Hangzhou Bajiuling Culture and Innovation shares. Qtone said a final detailed plan is not yet available, and it may need to raise new capital to support the deal. The company’s stock at the Shenzhen Stock Exchange suspended trading on Monday to avoid abnormal price fluctuations.

Regulators remain cautious about mergers and acquisitions of assets in new-media formats, due to limited available cases and potential improper pricing. In 2018, a company planned to purchase a WeChat management agency for 3.8 billion yuan, but abandoned the deal as a result of regulators’ concerns.

Regulators’ comments on this deal were not available was of this publication.