By Zhang Lijun and Denise Jia 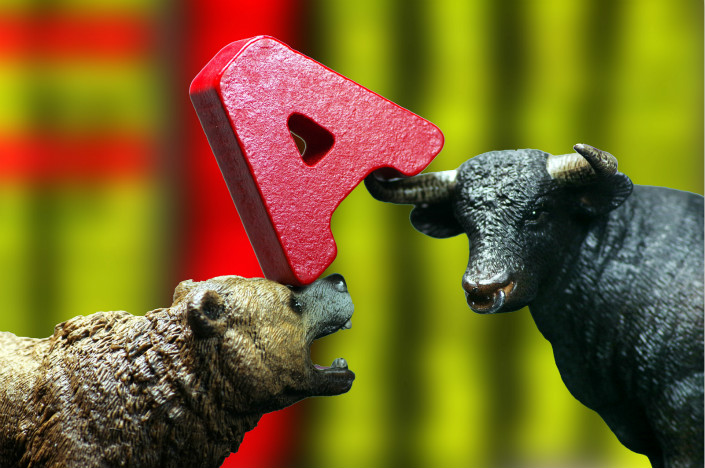 A rally that has raised China’s stock market from the world’s worst-performing last year to the best this year has spawned divergent views on which direction it will take next.

The Shanghai and Shenzhen composite indexes have outperformed global major equity gauges with gains of more than 25% so far this year. Investors expect an influx of capital as index compiler MSCI increases the weighting of Chinese shares in its leading global indexes. There are signs of progress in trade talks with the U.S., and the government has initiated a series of stimulatory monetary and economic measures.

For all that, the rally has stoked concerns among some investors whether the market is overheating and a major correction is coming.

There is still a potential upside of 10%-15% for the A-shares market, said Laura Wang, China equity strategist at Morgan Stanley. Since December, Morgan Stanley has raised a year-end target for the blue-chip CSI 300 Index twice, to 4,300. That implies a further gain of 15% from the index close on Friday.

Wang based her estimate on a newly introduced aggregate measure of China’s market sentiment, now standing at 51, far from the 80 level that would indicate the market is overheating.

“The market sentiment is clearly getting more excited, but it still has a long way to reach the overheating level of 80,” Wang said.

Wang said Chinese stocks’ valuation is still in a reasonable range. After recent gains, the price-to-earnings (PE) ratio of A-shares jumped to 11.5 from 9.4, but still held below the median level of the past 10 years.

On the earnings side, Chinese companies also look more promising compared with global companies, she said.

“In fact, the Chinese market is the only market where we see signs of clear improvement in the pace of profit warnings, while companies in other global markets, including Europe, the U.S. and Japan, are still facing accelerating downward pressure,” Wang said.

On the other hand, UBS Securities warned that China’s stock market might expect a correction soon as the recent surge has pushed stock prices ahead of their fundamentals.

Citic Securities recently launched its own set of metrics on stock market sentiment, which diverged from Morgan Stanley’s similar gauge. Citic’s indexes showed that market sentiment on both the ChiNext board and the CSI 1,000 Index, which consists of 1,000 smaller stocks, already topped out at the maximum level of 100.

Overheated sentiment might not affect mid- to long-term trends, but in the short term, it may signal a volatile correction, Citic said.