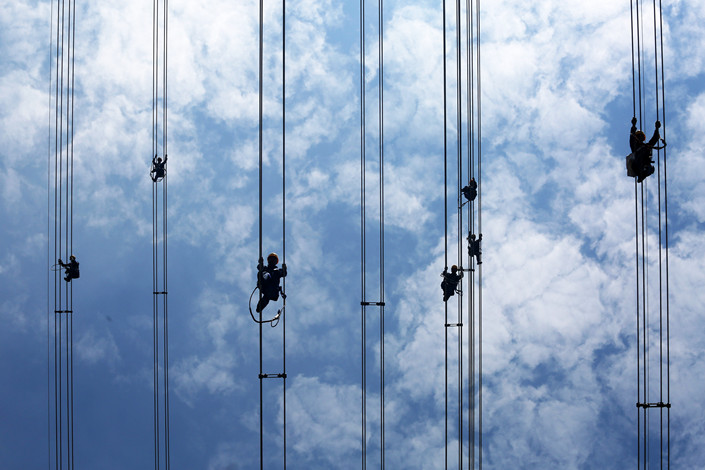 The power grid company responsible for China’s southern economic powerhouse of Guangdong province said it will boost investment in the Pearl River Delta to 170 billion yuan ($25.3 billion) until 2022 to help slake the region’s growing thirst for electricity.

The Pearl River Delta is home to some of China’s most dynamic and prosperous cities, including the special administrative regions of Hong Kong and Macau, as well as Guangzhou, Shenzhen and Zhuhai. These cities were among the first to race ahead after China began the process of reform and opening up in the late 1970s.

To succeed it will need major power upgrades to match. This week China Southern Power Grid Co. Ltd. said it will invest 70 billion yuan in the next few years to improve the region’s transmission system. Money will also be spent on improving the grid’s resilience to natural disasters, reducing power outages, and charging infrastructure for electric vehicles.

At a press conference, the company said it will work with 12 power generators including the state-owned “big five” to develop the Pearl River Delta region’s power supply. China Southern explained that the major investment is necessary because it anticipates the region’s load, the amount of electricity on the grid, will almost double to 130 million kilowatts by 2035.

Between 2000 and 2010, the Pearl River Delta region suffered from periodic blackouts as economic growth outstripped power capacity. But China Southern says that by 2020, blackouts will be almost negligible, despite rising energy demand.

China Southern is the smaller of China’s two state power companies and has a monopoly over electricity transmission and distribution in the southern provinces of Guangdong, Yunnan, Guizhou and Hainan, as well as the Guangxi Zhuang autonomous region. Despite this broad remit, the company estimates that investment in the Pearl River Delta region will account for 40% of its annual investment over the next five years.

The company is also planning for around 80% of the region’s electricity supply to be provided by renewable power and nuclear by 2035. Much of this will be provided by offshore wind power and solar generation, with the grid improved so that less generated electricity goes to waste through curtailment.