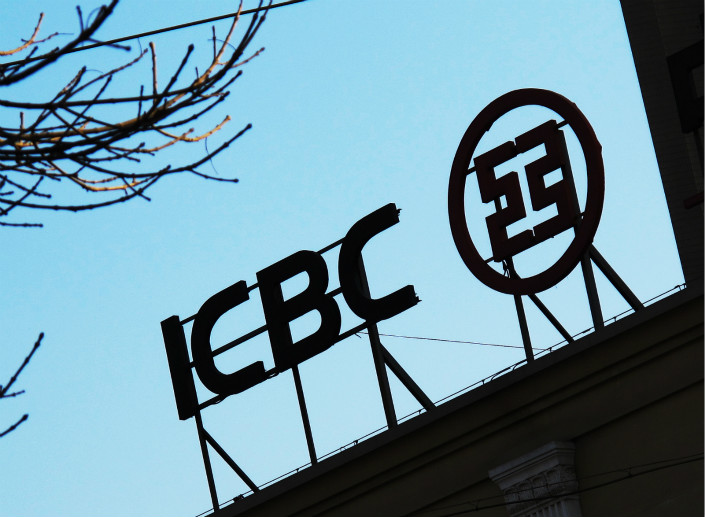 Leading lender ICBC is among Chinese banks that will be required to disclose their NSFR every six months. Photo: VCG

Banks will be required to disclose their NSFR every six months under rules released by the China Banking and Insurance Regulatory Commission (CBIRC).

NSFR is a key element of the Basel III framework which was drawn up after the global financial crisis of a decade ago, aiming to ensure that banks hold a minimum amount of stable funding based on the liquidity of their assets and activities over a one-year horizon.

The NSFR requirement, which applies to lenders with assets of more than 200 billion yuan ($31.2 billion) came into effect in China last July, with the regulator requiring banks’ NSFR to reach at least 100%. China is set to assess the implementation of the NSFR requirement in November, according to the Basel III timetable.

In their initial disclosure, all banks are required to disclose the NSFR for the last three quarters.

Zeng Gang, deputy director of the National Institution for Finance and Development, said the new rules mark the further implementation of international liquidity regulatory frameworks in China, but the complicated liquidity standards are not suitable for smaller banks. China has therefore adopted international standards but added differentiated principles for smaller banks.

In the rules on commercial banks’ liquidity risk management published last May, in addition to the NSFR, two other indicators were introduced that would apply to smaller banks.

The high-quality liquid assets adequacy ratio, which applies to banks with less than 200 billion yuan in assets, will gauge whether lenders have sufficient high-quality assets that can be quickly converted into cash to fulfill short-term liquidity needs under stress scenarios. Banks must reach at least 100% of the ratio by June.

The liquidity matching ratio, which is imposed on all lenders, measures the risks in the structure of the maturities of a bank’s assets and liabilities. The lower the ratio, the more problematic the bank’s practice of making long-term investments with short-term funds. This ratio is to be enforced from the start of 2020, when it must be at least 100%.

The regulator has yet to release rules on when and how often banks should disclose information on these two indicators.