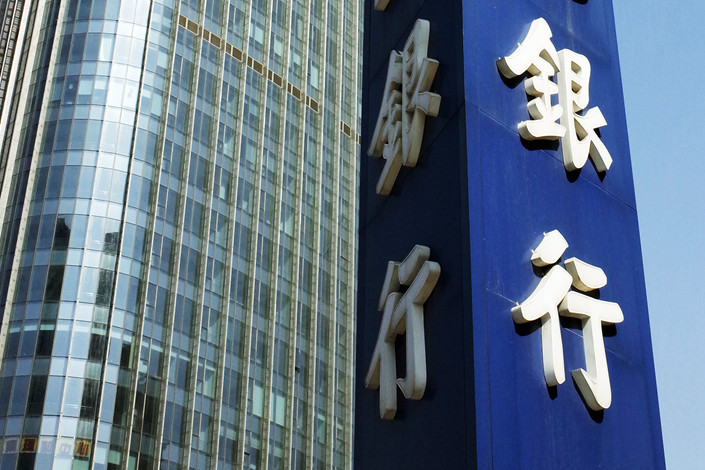 China Banking Association released a new guideline with new exemption clauses, clarifying the role and responsibilities of banks that are entrusted with looking after the assets of private funds. Photo: IC

A government-backed banking association has issued guidelines that exempt banks entrusted with looking after the assets of private funds from the responsibility of seeking redress from fund managers who end up owing money to their investors.

The guidelines attempt to settle a months-long debate in the financial industry over what custodian banks — the financial institutions that a fund appoints to hold, safeguard, and administer its assets — are required to do in cases where fund managers lose, steal or mishandle investor money.

On Monday, the China Banking Association (CBA), a self-regulatory body backed by the China Banking and Insurance Regulatory Commission, weighed in by specifying in the new guidelines that banks are not responsible for recovering money owed to investors by the funds they supervise.

The debate was in part triggered by a scandal involving Zhu Yidong, chairman of Shanghai-based real estate and financial conglomerate Fuxing Group, which owed several companies that operate private funds. Zhu vanished from public view in June and was later arrested for allegedly failing to pay interest on a loan. The news stoked fears about the whereabouts of as much as 30 billion yuan ($4.47 billion), including funds raised by the company’s private-fund management firms and money borrowed from banks.

The Fuxing case, which involved the alleged embezzlement of billions of yuan, set off a dispute between the CBA and the Asset Management Association of China (AMAC), a self-regulatory body backed by the China Securities Regulatory Commission.

The AMAC said in a statement last year that custodian banks should “faithfully fulfill their obligations as co-trustees” of the funds in accordance with the Securities Investment Fund Law and the relevant contracts if private fund managers were unable to carry out their normal duties.

That opinion effectively said that custodian banks were responsible for money that the funds they supervised owed to investors.

However, the CBA took issue with the AMAC’s position. Its legal advisor said in a July article that custodian banks should not be held accountable as co-trustees. The CBA’s chief economist also said that it was “inappropriate” to push banks to take over responsibility for the funds in the event the ultimate controller of private funds disappears.

Under the new guidelines, banks are also exempted — unless otherwise stated — from overseeing the suitability of investors, supervising the authenticity of transaction information and monitoring the sources of funds of the products entrusted.

Previous guidelines released in 2013 only stated that custodian banks did not bear supervisory responsibility for the compliance of custodian funds and their sources.

The guidelines effectively strengthen the protection of the custodian banks’ rights, said CIB Research senior analyst He Fan and chief economist Lu Zhengwei in a note.

Wang Yong, a professor at the China University of Political Science and Law, told Caixin previously that there is a general misunderstanding in the industry about the obligations of custodian banks. Fiduciary duty goes beyond just transferring money according to the fund managers’ instructions, Wang said.