Opinion: Forced Loans to Small Companies a Relic of the Planned-Economy Era 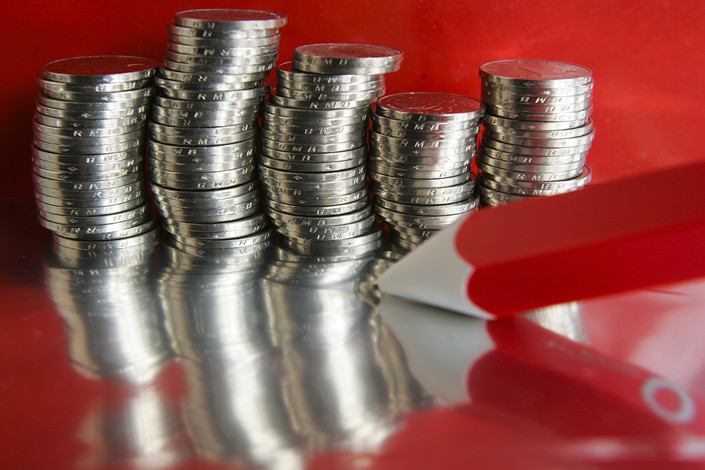 The question of whether macro goals can be achieved by micro institutions was answered by the end of China’s planned-economy era. The major flaw of the planned economy was treating a very complex society as a rigid mechanical system, ignoring incentives. At the same time, ignoring incentives distorts information. Together, these problems cause systematic failure. China paid a huge price, and then decided to open-up and reform, choosing to depend on the market to allocate resources. However, the planned economy still lurks in the minds of a generation, and from time to time, manifests itself in macro regulations, or even financial regulations.

Increasing loans to private and small-to-micro companies as a proportion of banks’ total lending, lowering their financing costs and providing more accessible ways for them to finance are key measure for the improvement of China’s economic development. However, can these goals be achieved by setting loan targets for lending institutions and carrying out regular inspections from regulators? And if so, will this repeat the same mistakes of China’s planned economy, and result in false data and information? I think that an awkward ending would be unavoidable.

The macro goals need to be achieved by the market.

Lowering companies’ financing costs and providing more accessible financing channels are contradictory goals. From an economic point of view, an efficient way to improve the availability of financing is raising interest rates to compensate for the higher risks that these institutions face when they lend to private and small-to-micro companies. To solve these two contradictory issues at the same time, in terms of the market mechanism, policymakers need to increase supply in the financial sector. One way would be to lower barriers for firms to enter the market, allowing the existence of more private banks and financing institutions, and encouraging competition. Another is to ease price controls and encourage companies to expand their services through interest rate liberalization.

Over the past decade or so, the number of private banks has been increasing and interest rate liberalization has been progressing. In addition, due to regulatory loosening, the shadow banking industry has flourished. Together, these institutions have significantly increased financial supply, but financing issues for smaller companies persist.

There are three questions we should ask about why this issue has persisted. First, whether unnecessary administrative barriers to increasing institutions and easing price controls emerged during reforms. Second, we should ask if the mechanisms necessary to support reform have been set up. Third, we should assess whether it’s too risky to rely on unregulated shadow banks to increase supply, and whether the costs of shadow banks have outweighed their benefits.

Uncompliant shadow banks need to be torn down, but at the same time, financial supply should be increased. If the former outpaces the latter, a credit crunch will occur, just like it did in 2018.

It is undebatable that the key to increasing loans to private companies is confidence and law. In reality, it’s hard to draw a line between loans to small-to-micro companies and those to individuals. In recent years, personal loans have been surging, and so has the number of the institutions offering those loans, which effectively increased supply. However, severe problems have also emerged, such as usury and violent debt collection. Caixin has been advocating for years for the establishment of a personal credit system that covers all personal loan institutions, limits on compound interest rates on personal loans, and the construction of a personal bankruptcy system. However, policymakers haven’t made any substantial progress.