5G Competition Should Be Between Companies, Not Countries: Former U.S. Official

By Hou Qijiang and Isabelle Li 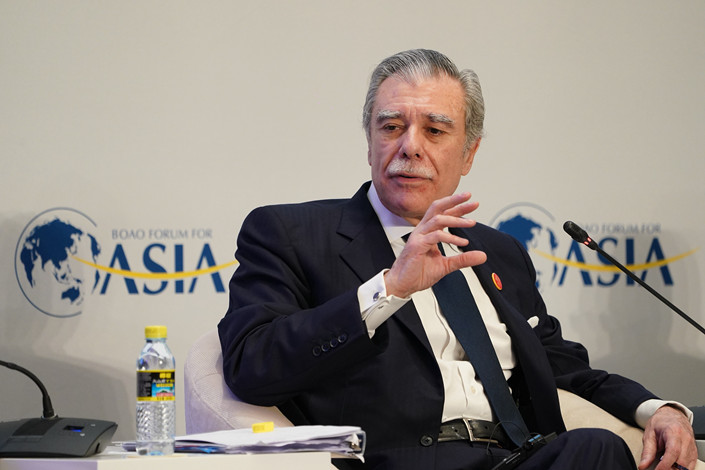 New 5G wireless technology should develop through competition between enterprises, not countries, experts said at an international forum, against a backdrop where such development is becoming increasingly politicized.

America may have misunderstood what the 5G competition is really about, said former U.S. Secretary of Commerce Carlos Gutierrez on Wednesday at a session during the Boao Forum for Asia annual conference in southern China’s Hainan province. Gutierrez said competition in new technologies including 5G is not between different nations, and instead is a competition among enterprises.

The former politician made his remarks as the U.S. and China both move ahead aggressively with development of 5G networks that will facilitate sharply high data-transmission speeds than current 4G.

Technology development has also been a central issue in the U.S.-China trade war, with U.S. President Donald Trump arguing China doesn’t enforce intellectual property protection strongly enough. He also argues Western firms are often forced to transfer their technology to Chinese partners to enter the market, even though Beijing denies such actions.

Gutierrez, now chairman of Albright Stonebridge Group, argued that China will not be able to dominate the 5G market even if the country takes off ahead of others in the cutting-edge area. China is currently starting to trial 5G network technology and could roll out commercial networks as soon as next year.

But development of the technologies behind 5G will be carried out by enterprises, not countries, he said. Therefore the earlier companies can put 5G technology into practice, the better their edge will be over their competitors.

Gutierrez made his remarks at a session titled “Innovation and Openness: New Vitality of Asian Economies,” which was also joined by former New Zealand Prime Minister Dame Jenny Shipley.

Shipley did not directly address the situation in her country’s 5G planning, but said the market should favor sufficient competition. She expressed her belief that advanced telecom technology can help fill the gap between developed and underdeveloped regions by connecting talents and markets.

She also suggested that new technologies like 5G might have an impact on public administration and facilitate trade, collaboration and the construction of infrastructure. The building of infrastructure, including 5G networks, should be open to the public and allow for participation by a diversified range of investors, she said.

The former New Zealand leader also called for more candid and straightforward talks between China and the U.S. She hoped the world’s two largest economies could have more conversations about ongoing conflicts on topics like intellectual property and manufacturing to avoid making smaller economies such as New Zealand suffer from the fighting.

Chinese tech giant Huawei was the world’s largest manufacturer of telecom network gear in 2017, and pledged to lead in the 5G space.

But its 5G business has faced strong headwinds after the U.S. late last year rallied allies such as Australia, New Zealand and the U.K. to ban the company’s equipment from their 5G networks.

But leading executives argued at the Mobile World Congress in Barcelona in February that outright bans on Huawei would be costly and slow 5G development. Vodafone CEO Nick Read was quoted as saying that bans would be disruptive and “very, very expensive.” A major equipment swap would delay 5G in Europe by around two years, he said.