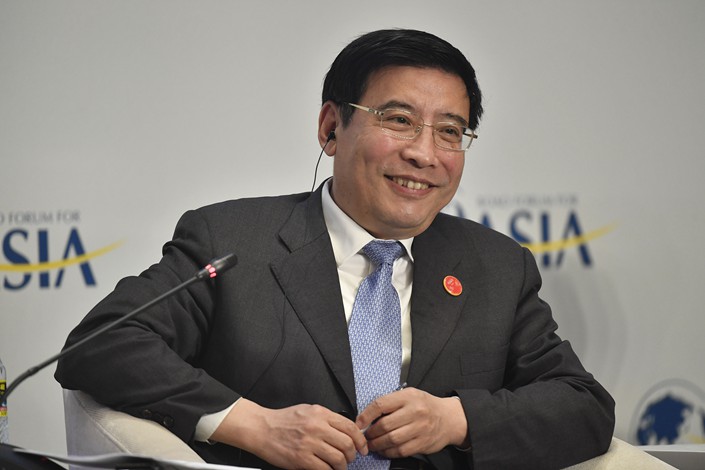 China will issue 5G wireless communications licenses by year-end, the nation’s telecoms minister said, as the country pushes aggressively into the cutting-edge technology that could power everything from self-driving cars to telemedicine.

“I expect 5G licenses will be issued at some point this year,” Minister of Industry and Information Technology Miao Wei, said on Thursday in a session at the Boao Forum for Asia in South China’s Hainan province, the Shanghai Securities News reported.

He added that actual timing for the launch of 5G networks will depend on maturation of the necessary technology, most notably 5G handsets. “Large-scale commercial service will need to wait until networks are perfected,” he said. “We need to give China’s carriers some time.”

China is the world’s largest mobile market with some 1.5 billion subscribers, with many in the world’s most populous country holding multiple accounts. But in the past the nation was slow to roll out the latest generations of new mobile communications, often preferring to wait for the technology to mature first in more advanced Western markets.

Beijing has taken a sharply different tack in 5G, aiming to become a leader in the space for a technology expected to power many of the wireless high-tech applications of the future such as telemedicine and self-driving cars. Accordingly, it wants to roll out its networks sooner rather than later, and for the first time could be among the world’s first major markets to launch service.

The technology could facilitate data-transfer speeds up to 10 times faster than current 4G technology, said Yang Chaobin, president of 5G product lines at China’s own Huawei Technologies, the world’s leading manufacturer of telecom equipment. Miao estimated that 20% of 5G will be used for person-to-person communications, while 80% will be used for communication between things such as applications behind self-driving cars.

Among China’s three major carriers, the largest, China Mobile, is aiming to roll out “pre-commercial” 5G service this year, with full commercial service available sometime next year, said Vice President Li Huidi, according to the Shanghai Securities News report. China Mobile’s smaller rivals, China Unicom and China Telecom, have previously said they will each invest around $1.2 billion this year on 5G networks.

Miao also said that countries and companies should work together on 5G, even as a U.S. coalition is expressing concerns about the security of equipment produced by Huawei, worried it could be used for spying by Beijing. “In my view, in the development of 5G, the most important thing is open collaboration, and a single standard for the world,” Miao said.

Former U.S. Commerce Secretary Carlos Gutierrez also spoke to the recent politicization of 5G earlier in the week at Boao, saying competition in new technologies including 5G is not between different nations, and instead is a competition among enterprises.