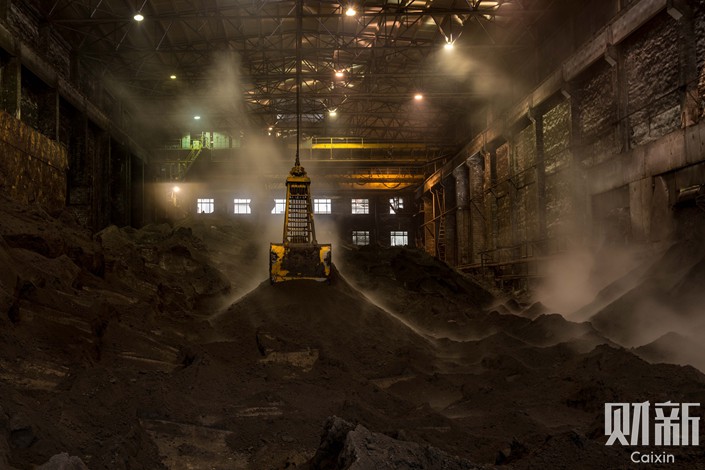 Cobalt is a key component in batteries that power everything from consumer electronics to new-energy car batteries. A boom in such vehicle production in China, propelled by generous government incentives, helped fuel a concurrent leap in development of cobalt mines to boost the global supply. But the huge addition of new capacity, coupled with a winding down of many Chinese government incentives, is causing prices to fall sharply after a steep run-up through last year.

The cobalt ore industry is currently dominated by three manufacturers, Switzerland-based Glencore PLC, China Molybdenum Co. Ltd. and the Luxembourg-based Eurasian Resources Group, which control 40% to 50% of output. Glencore boosted its output by 54% this year and is forecasting another 36% boost this year, while China Molybdenum previously said it expected its 2018 output would be up about 14% from 2017.

The rapid buildup means that Cobalt is now in a state of oversupply, according to the metals reference website smm.cn. Total global supply rose nearly 20% to 145,400 tons in 2018. That amount is expected to rise by about another 30% this year as new capacity comes on stream, a report by Central China Securities estimates.

Tumbling prices in the current state of oversupply is already beginning to take a toll on Chinese ore producers and makers of related products. The latter group is suffering due to a delay factor, since many are producing products using cobalt purchased before the current lows, even though their customers are demanding steep discounts based on current prices.

Nanjing Hanrui Cobalt Co. Ltd. previously said its profit growth slowed sharply to between 56% and 67% in 2018, down from 575% growth in 2017. Zhejiang Huayou Cobalt Co. Ltd. reported its 2018 profit fell 19.4%, sharply reversing a rise of more than 2,500% the previous year when prices were rising quickly. As prices tumbled last year, Huayou said its profit margins fell 5.15 percentage points from 2017 to 2018, and that losses related to the dramatic collapse reached 740 million yuan.

The oversupply is likely to continue through 2021, according to Huatai Securities. Shenwan Hongyuan Securities estimated that supply will exceed demand by 23,000 tons and 22,000 tons in 2019 and 2020, respectively. Experts believe the excess new capacity will get absorbed as new energy cars gain traction, and that the market will eventually return to one of tight supply.